A City Reborn by Regeneration

The pace of change in the UK has been relentless during the last three decades, heavy industries have declined while the British service sector has boomed. 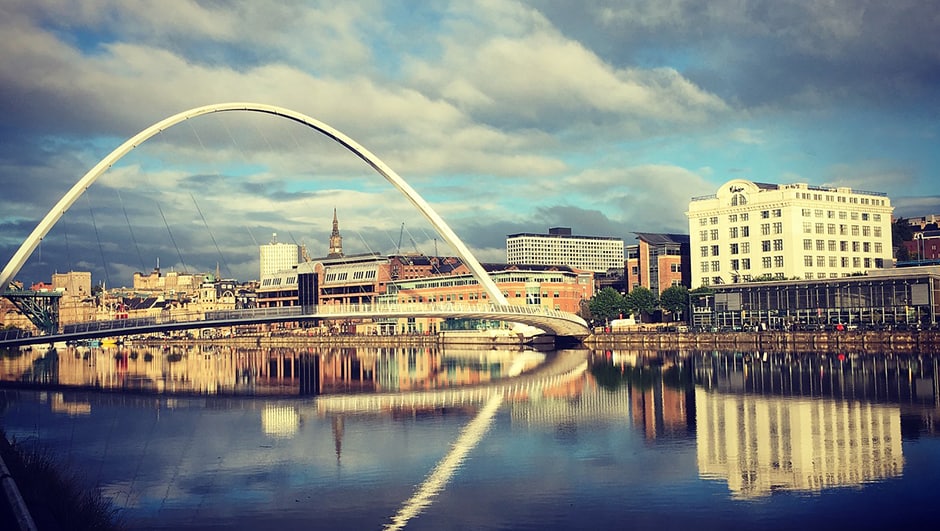 This has had a huge impact on primarily industrial cities in the north of the UK, with Newcastle being a prime example. A coastal location in Tyne and Wear, Newcastle coped better with the enforced transition better than most cities in the North-east, enabling it to thrive as a service exporter and a focal point for retailers in the 21st century.

As a result, advertising in Newcastle has become an increasingly profitable activity in recent times, with local brands able to capitalize on renewed economic growth and the sudden influx of consumers into the region.

Why Advertise on Billboards in Newcastle?

Like most northern towns, Newcastle played a major role during the Industrial Revolution of the 19th-century, establishing the busy port as a leading centre for coal mining, munitions and ship-building.

These industries had all but collapsed by the 1980s, however, and Newcastle responded by completely reinventing its economy over the course of the next decade. This involved diversifying into office and service provision, while also expanding its retail centre to attract more customer and wider demographics from the across the UK.

This has proved successful, with the city placed ninth in the UK’s retail centre expenditure league in 2010 and benefited from the arrival of numerous large-scale brands. The largest site in the city is the Eldon Square Shopping Centre, which is extremely popular among visitors from outside of the city and hope to major brands such as Apple, Hollister and Guess.

Newcastle has also made a major contribution to environmental issues in recent times, which is quite remarkable for a location that once drove the coal industry in the UK. It aspires to be carbon neutral by the year 2050, while its focus on sustainability is appealing for brands that have a defined sense of corporate social responsibility.

The latest census data revealed that Newcastle has an even demographic split between men and women, with 50% of the 280,177-strong population male and the remaining 50% female.

Interestingly, Newcastle is also a popular place to live among Millennials. While the average age of people in the city is 37, the median age is far lower at 33 and this reflects the impact that regeneration has had since the 1980s.

The rise of the Millennial in Newcastle is reflected by the fact that 20.4% of the workforce are professionals, contributing to a local economy that currently generates around £13 billion to the UK GVA. A further 9.4% are skilled tradespeople, while there is also a nod to the city’s industrial and manufacturing roots with 13.4% of the workforce fulfilling elementary roles.

Advertisers may also be interested to note that while 35.8% of the Newcastle population are married, an estimated 36.8% are single. This creates a disproportionate number of single customers for advertisers to target, which may appeal to certain brands depending on the products and the services that they offer.

Why Outdoor Advertising in Newcastle can Benefit your Brand

Newcastle’s regeneration and transformation from industrial coal mining hub to a popular home for Millennials is something to be admired.

It also presents a huge opportunity for local advertisers, who can look to target a generation of customers that are increasingly willing to spend rather than save their disposable income.

If your brand is to successfully leverage this demographic, however, you may want to consider using outdoor advertising. Including channels such as billboard, this is a cost-effective and profitable marketing discipline, and one that makes customers 17% more likely to engage with a brand through their smartphone.