Accessing one of the Largest Professional Audiences in the UK

Let’s start with a basic assertion; Oxford is one of the most historic cities in the UK and a location that is familiar across the globe. 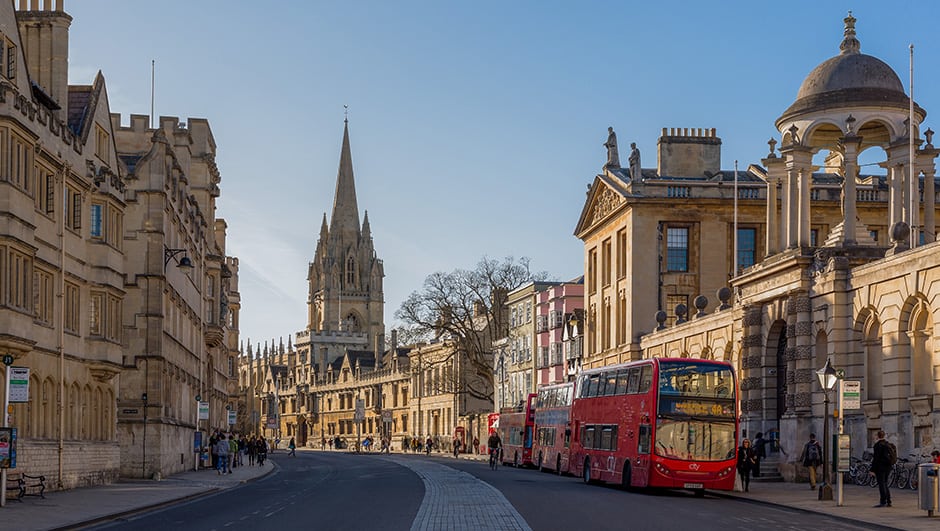 A county town in Oxfordshire, much of its success can be attributed to the world-famous University of Oxford. This is not only the oldest structure of its type in the English-speaking world, but along with Cambridge it is also firmly established as one of the top-ranked universities in the UK.

The university has undoubtedly had a huge impact on the city’s population and demographics, while it has also contributed to the development of a diverse economy that continues to support sustained growth.

Why Advertise on Billboards in Oxford?

There are numerous reasons to advertise in the so-called ‘city of dreaming spires’, which is renowned far and wide as a genuine home of opportunity for individuals and businesses alike.

The popularity of the region’s esteemed University supports this claim, and it has done ever since scholars in the region began translating the writings of Greek philosophers during the 12th century. Now home to thousands of talented students from across the globe, the establishment underpins a culturally diverse consumer base and drives growth in several areas of the local economy.

These include publishing, with the Oxford University Press based in the heart of the city. While this is no longer owned directly for the University, it continues to produce a number of important essays and intellectual studies, while it also helps to sustain other local publishers such as Elsevier and Wiley-Blackwell.

The university has also created unparalleled opportunities for science and technology-based businesses, including forward-thinking names such as Research Machines, Oxford Instruments and Sophos. As you would expect, this has created a culture of innovation within the region, with successful startups like Brainomix, Passle and Labstep also based in the city.

Interestingly, the city also continues to play a key role in the UK’s automotive sector, despite the evolution that has gripped Oxford throughout the ages. Morris Motors has been based in the city since 1910, for example, while BMW’s Mini car production plant is also established in the Oxford suburb of Cowley.

Oxford is currently ranked as the 52nd second largest city in the UK, which means that it continues to punch above its weight in terms of economic output. The estimated population in 2015 was 168,270, with a demographic split of 50% females and 50% males.

As you would expect from a town that places such an emphasis on education, the average age of people in Oxford is low (34). Incredibly, the median age is even lower at 29, and this creates numerous opportunities for brands that are looking to target younger audiences or recently graduated professionals.

The qualified and affluent nature of Oxford’s consumer base is also reflected by popular occupations within the city. A staggering third (33.6%) of the workforce are classed as professionals, for example, with the university and its numerous facilities among the primary employers of this demographic. A further 11.6% work at associate professional level, which those active as teaching and educational representatives account for 10% of the workforce.

Unsurprisingly, Oxford remains one of the most ethnically diverse regions in the UK, as it continues to draw aspiring graduates and mature students from across the globe. As a result, just 68.1% of people living in Oxford originate from the UK, with the United States (1.7%), China (1.1%) and Australia (0.7%) also relatively well represented. This is potentially beneficial for advertisers, who can create a diverse range of campaigns that achieve outstanding results.

Why Outdoor Advertising in Oxford is Beneficial

While there are a number of compelling arguments for brands to advertise in Oxford, the precise method that you should use to target customers remains open to conjecture.

Outdoor advertising certainly offers superb value, with this channel ideally suited for targeting students and young professionals in particular. With prominent advertising locations also available at various university sites throughout the city, this is an excellent medium for communicating to potential customers.