One of the UK’s Largest and Most Prosperous Cities

Based in the heart of Yorkshire’s West Riding region, Sheffield is the ultimate example of how an industrial city can evolve into an economic powerhouse in the digital age. 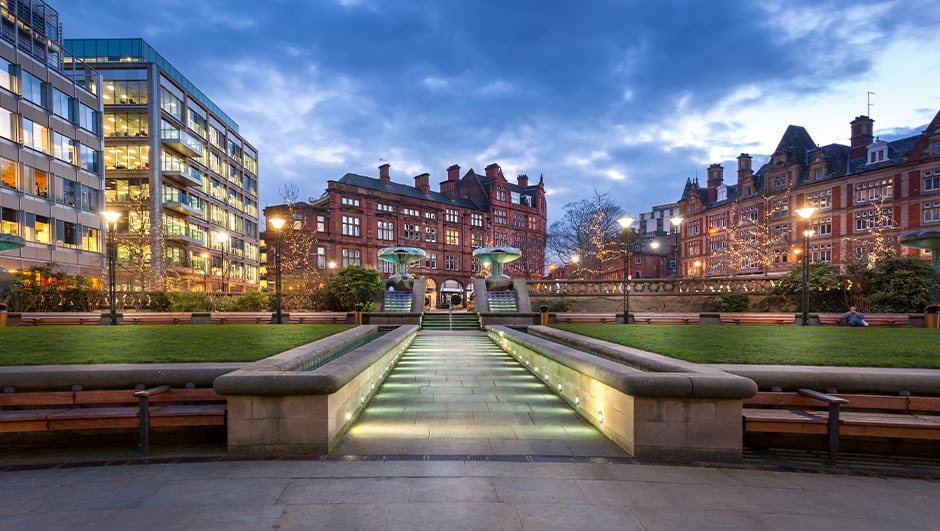 The city of Sheffield is also one of the eight largest regional cities in the UK, and the third largest English district by population. In fact, the metropolitan population of Sheffield is 1.56 million, and this creates a huge audience for brands to target.

In this respect, advertising in Sheffield can be extremely rewarding, for both local firms and those with a national focus.

Why Advertise on Billboards in Sheffield?

Sheffield came to international attention during the Industrial Revolution of the 19th century, thriving along with a number of neighbouring northern locations. During this time, it earned a nickname of the Steel City, while it has also been credited with numerous innovations include crucible and stainless steel.

While the city still retains a focus on the production of steel, the 1970s and 1980s saw this industry decline considerably. This also coincided with the decline of coal mining in the area, so the 21st century brought a clear need to diversify the local economy.

Make no mistake; Sheffield has undergone this period transition better than most, with significant redevelopment building an economy worth in excess of £9.2 billion in 2007. Not only this, but the economy is growing at a rate of around 5% annually, which is greater than the Yorkshire and the Humber region as a whole and continues to create huge opportunities for advertisers.

Innovation continues to serve as a key contributor to Sheffield’s economy, with the city’s advanced Manufacturing Park home to a number of university backed research organisations. These include the Boeing Company, The Welding Institute and the William Cook Group, which are key employers in the region and have seen an influx of professionals in the region.

Sheffield is also renowned as a hotbed of sport, with football boasting particularly passionate fan-bases. In fact, Sheffield Wednesday and Sheffield United have renewed their fierce rivalry in the Championship this season, which is something that local advertisers may leverage to their advantage.

According to the latest figures, the city of Sheffield has a population of 575,400, up from the 552,698 recorded during the 2011 census. There is also a relatively even demographic split between females (51%) and makes (49%) which is typical in the Yorkshire region.

The average age of people in Sheffield is 38, with the median age a touch lower at 36. This is lower than the national average, and can be attributed in part to the popularity of the city’s university and the rise of young professionals in the area.

A total of 19.6% of Sheffield locals work in a professional capacity, accounting for nearly one-fifth of the regional population. Beyond this, 11.4% operate at associate professional and technical level, with a further 10.8% classed as being skilled tradespeople. Advertisers have also noted a rise of managers, directors and senior officials in the area, with this demographic now accounting for 8.4% of the workforce.

Sheffield is becoming increasingly ethnically diverse, although 86.7% of locals were born in England (a total of 88.3% heralded from the UK overall). The city has also seen an increase in economic migration in recent times, with 0.9% of locals having been born in China.

Why Outdoor Advertising in Sheffield can be Beneficial

It should come as no surprise that advertisers remain extremely active in Sheffield, particularly given the size, wealth and economic diversity that supports the region.

How you look to target customers in the area is entirely up to you, but outdoor advertising offers particularly value in Sheffield. After all, billboards can be placed at strategic locations that target professionals and consumers, including busy roadsides, public transportation hubs and busy retail parks.