Are Billboards safe for the environment?

While the comparison between paper and digital billboards has raged for several years now, there isn’t a great deal of discussion concerning the environmental impact of these popular advertising mediums.

At first glance, it would appear that neither are particularly environmentally friendly, as while digital billboards use LED lighting they tend to utilise hundreds of light sources that can consume up to 30-times the energy produced by the average home.

Not only this, but as a billboard company, we feel it’s our responsibility to take extra care when it comes to caring for the environment, that’s why we have taken significant steps to become an eco-friendly supplier of large format paper billboards.

This is part of our goal to become the world’s most environmentally friendly outdoor advertising company, and we’ll explore this further in the post below while asking how this objective can be achieved.

How 75media is Overcoming the Barriers to Eco-friendliness

75media is certainly blazing a trail for others to follow in terms of the eco-friendliness of paper billboards, primarily by tackling a number of prominent obstacles that have prevented others from accomplishing this goal.

These include the use of vinyl banners, which represents standard practice in the paper billboard industry and provides a huge environmental challenge. After all, these banners cannot be recycled at present, and while there are plans to change this in the near-term this should not distract from the fact that they’re sent to landfill on a huge scale.

To put this into context, approximately 300,000 billboards produce hundreds and thousands of pounds of vinyl waste every single year in the U.S. alone, while it’s thought that the cost of sending billboard skins to landfill in Australia costs up to $200,000 (£107,000) every single year. 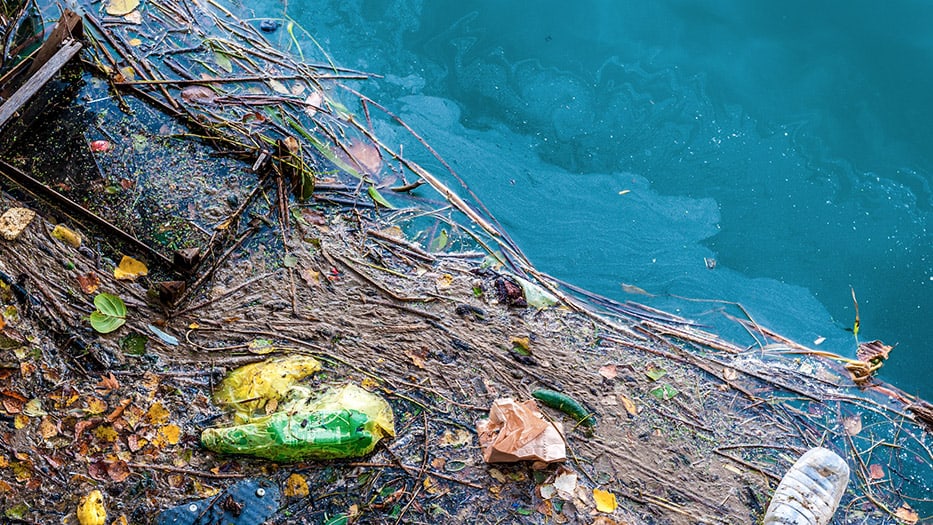 However, 75media is bucking this trend by ensuring that all of its posters are recyclable and therefore not sent to landfill. Instead, the billposters remove all old skins and take them to relevant recycling plants, reducing the brand’s carbon footprint and that of the industry as a whole.

To this end, we use paper that is FSC certified and 100% recyclable beyond an original application, creating an environmental edge without compromising on quality.

75media also use a water-based adhesive called PP30 to secure its posters, with this environmentally friendly substance unique in the industry and having undergone in-depth risk assessment.

This adhesive is not considered to be either toxic or corrosive in any way, while it’s also free from any oxidising or polluting characteristics. As a result, it can be used in a noticeably safe and sustainable manner, without damaging the surrounding environment or irritating passers-by.

We’ll explore this in further detail below by considering the sustainable materials that go into creating the frame and foundation of an 75media billboard, but it’s also interesting to note that the brand uses the latest print technologies to minimise the amount of ink used when creating ads. 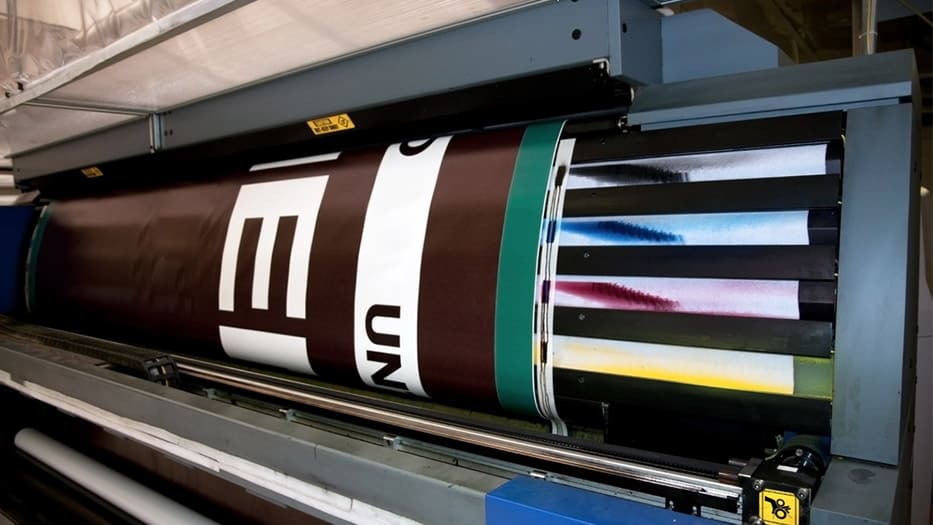 This is an important consideration, as an environmentally friendly ink has not yet been produced for the mass market. As a result, 75media has converted its POS printing machines to utilise low VOC, water-based inks, and this represents a proactive solution to one of the main challenges facing paper billboards.

One of the biggest challenges facing both digital and paper billboard suppliers in the modern age is the delivery of supplies and finished units to specific locations. Fortunately, 75media has also moved to tackle this issue, by optimising the efficiency of its routes to maximise accuracy and minimise the amount of vehicles on the road through multi-drop deliveries.

By rolling our products into recycled grade tubes and creating tightly packed consignments, we have moved to reduce carbon footprint further without compromising on the timeliness of individual deliveries.

These measures, along with a firm commitment to only work with suppliers that meet the business’s firmly established green credentials, have helped us to change the perception of paper billboards in the digital age.

What’s in an 75media Billboard?

We touched earlier on how 75media use fully recyclable paper and sustainable printing techniques to uphold their environmental principles.

75media also maintains these principles throughout the creation of its billboards, with all of the materials used recyclable and capable of minimising carbon emissions.

Not only this, but Airoudoor also commits to reusing old billboards wherever possible, other suppliers tend to either leave old billboards to rot if discarded or scrap them rather than re-using at other locations.

There are several materials that go into creating a paper billboard, including wood, steel, tin and concrete. The first three examples here are universally recyclable, so they contribute to an environmentally friendly frame that’s completely sustainable and capable of being reused in the future.

In the case of concrete, this is often used to form the foundations for paper billboard bases. While it’s not a material that’s immediately synonymous with recycling, crushed concrete can be repurposed as the dry aggregate for brand new materials so long as it’s free of contaminants. 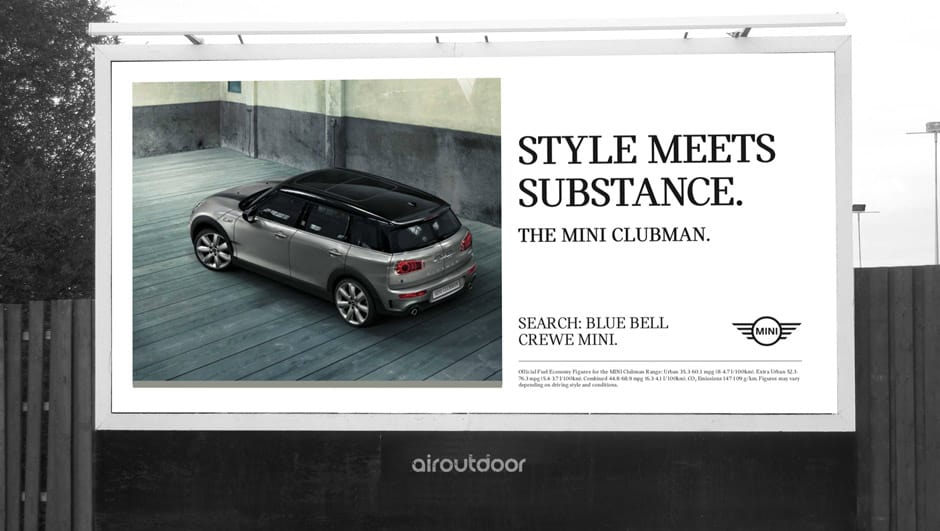 As part of 75media’s commitment to deliver environmentally friendly service and dramatically lower its carbon footprint, we are also planning to use low-carbon concrete for its billboard bases in the future.

Although this is not a viable option at present, it will represent a major breakthrough in the paper billboard market and one that further challenges the idea that this type of marketing medium is damaging to the environment.

Paper billboards may also feature lighting kits, depending on their location and the demands of a particular client. This poses a challenge for companies like 75media, which must consume energy in this instance and potentially drive its emission levels through the roof.

However, this issue has been sidestepped neatly, through the use of minimal LED lighting that’s both durable and recyclable. This type of approach is worlds’ away from the historic use of old fluorescent tubes, which were costly, lacked longevity and consumed deceptively large amounts of energy over the course of a booking.

Paper vs. Digital Billboards – A Comparison

The issue of lighting brings us neatly onto the comparison between paper and digital billboards, which we touched on briefly during the introduction.

After all, 75media is now creating advanced and environmentally billboards that leverage modern LED lighting, while they’re only likely to use a small amount of light sources to illuminate their client’s messaging.

The contrast with digital billboards could not be more stark, as while this platform uses the latest in LED lighting it can incorporate hundreds (and in some instances thousands) of fittings in a single advert. These are also illuminated day and night, creating a significant level of consumption that can be off-putting to environmentally aware brands and advertisers.

As if this wasn’t enough, it’s also proven that LED function poorly at high temperatures, meaning that digital signs need to incorporate cooling systems as part of their design. Now, you could make an argument that this also applies to some paper billboards, but this is unlikely given the relative paucity of LEDs in these adverts. 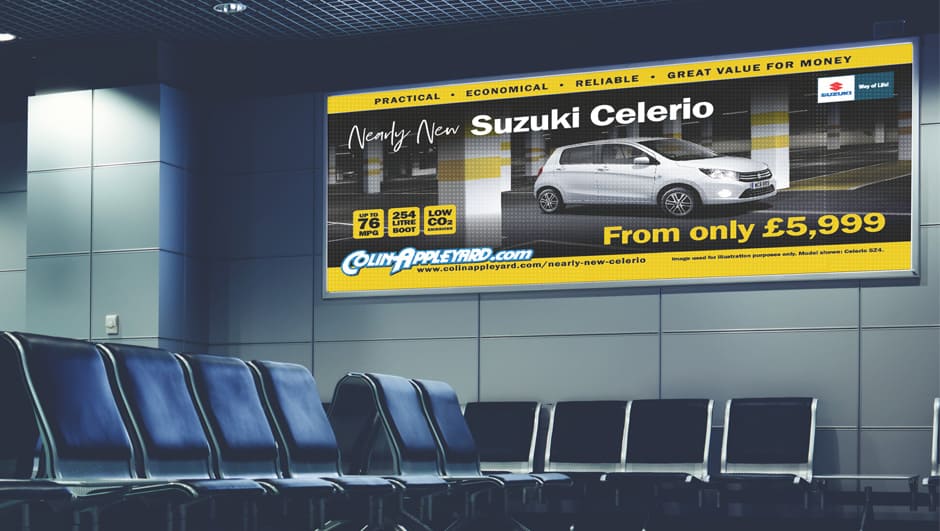 When it comes to individual components, it’s fair to say that both digital and historical paper billboards have lacked eco-friendly credentials through the ages.

This is, however, changing considerably with concerted efforts.

This is not only borne out by the fact digital billboards consume high levels of energy, but also the accepted wisdom that these ads are produced using components that turn into e-waste once the unit’s lifespan has come to an end.

Even in the case of solar-powered digital billboards (which exist in locations like Times Square and can theoretically be rendered carbon-neutral in terms of the emissions that they generate), these adverts produce increased light pollution and face recyclability issues that are unlikely to be overcome anytime soon.

The assertion that digital billboards are more environmentally friendly than paper alternatives is a lazy one, as it’s based on outdated views and misconceptions surrounding both market niches.

We’ve seen paper billboards become increasingly eco-friendly in recent times, with the use of sustainable materials, LED lighting and efficient printing techniques playing a pivotal role in this evolution.

Given this and the obvious concerns surrounding the energy consumption of digital signage and the relative lack of recyclability, it’s more accurate to say that paper billboards represent the safest environmental choice for brands in 2019.

This is so long as you partner with the right supplier, and select a service provider that boasts inherently green values and a commitment to sustainability.