Do Flyers Really Work for Businesses in 2022?

There’s no doubt about it; brands and advertisers are becoming increasingly preoccupied with digital marketing channels in the modern age. This is especially true in the UK, which is widely considered to be the largest market for digital ad spending across the whole of Europe.

For example, digital channels accounted for an estimated 63.6% of the total media spend in the UK during 2018, and this number will continue to rise incrementally in the coming years.

This trend should not distract from the benefits of integrated marketing campaigns, however, with offline advertising techniques such as flyers and leaflet distribution offering genuine value to brands. But are flyers really effective promotional tools, and how can they be used to help your business achieve a return on your marketing investment?

Flyers and Leaflet Distribution Spend – The Facts and Figures

We’ve already touched on the burgeoning digital ad spend in the UK, which will enjoy double-digit growth in 2019 as it exceeds £15 billion for the first time.

This hike in spending has emerged despite the challenges created by Brexit, as marketers continue to prioritise digital ad channels such as social and pay-per-click (PPC).

In contrast, the total spend on leaflet distribution in the UK peaked at just £266.3 million back in 2017, which in turn represented a £20 million increase on the figures from 2015.

This increase came despite a 3% reduction in unit volume during the same period, as the amount of flyers distributed nationwide declined from 5.934 billion to 5.735 billion.

The takeaway here are clear; as marketers are continuing to eschew traditional marketing channels in favour of digital alternatives.

As for the rise in total leaflet distribution spend, this suggests that the cost of designing, printing and sending out flyers has also increased incrementally in recent times (particularly as distribution volumes have simultaneously declined).

Cost and ROI – Do Flyers Really Work in the UK?

These figures also betray the slightly inflated cost of distributing leaflets in the UK, which is arguably more expensive than digital marketing in terms of the initial spend.

This depends on how you intend to produce and distribute your leaflets, of course, as the use of in-house designs and local drop-offs can help to reduce costs considerably.

In the case of shared distribution (through which third-party service providers match your distribution with a maximum of two non-competing advertisers targeting the same area), the average cost of sharing your flyers is between £25 to £35 per 1000 leaflets. 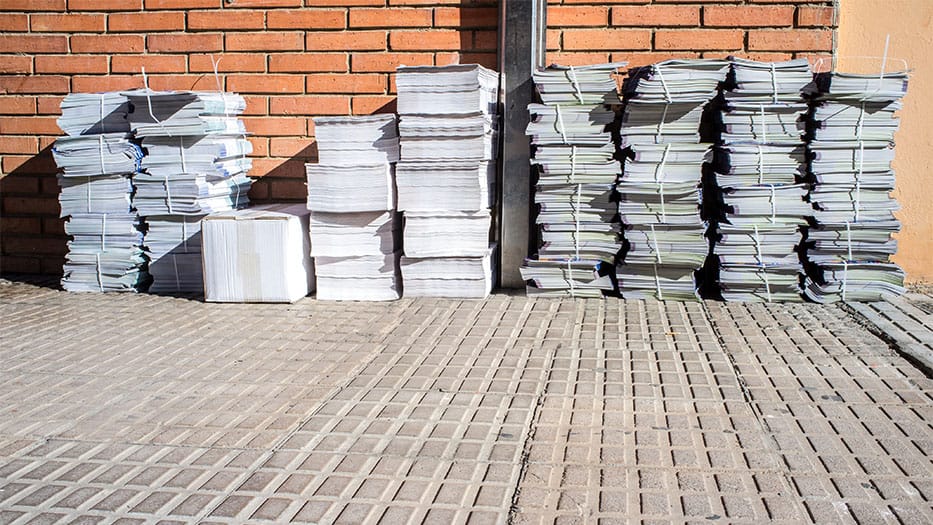 This can increase markedly to between £55 and £85 per 1000 leaflets when working with a dedicated service provider, with the cost varying according to factors such as the size of the flyers, their weight and the population density within the target area.

Along with the rise of accessible and low-cost digital channels, the relatively high price of leaflet distribution has undoubtedly impacted on demand and volumes in the last few years. However, sending out flyers remains an extremely well-respected marketing technique in 2019 and one that can work well as part of an integrated campaign.

But exactly how effective is leaflet distribution in the UK, and is it capable of delivering a genuine return on your investment? The short answer is yes, but we need to compare it with other offline marketing techniques in order to create a relevant context.

Like billboards, flyers actually perform well when compared to other outdoor advertising techniques. So, despite the fact that print media typically triggers fewer activations online than either television or radio ads, flyers buck this trend by generating high levels of engagement within a target audience.

Whilst its thought that 81% of people flick past press and magazine adverts, for example, as many of 79% of recipients keep the leaflets that they receive or at least share them with a friend. As many as 78% of consumers glance at the messages included in the flyers that are posted through their door, and a total of 23% read them thoroughly.

Not only are flyers effective at engaging your customers, but they’re also proven to drive conversions and trigger further interaction with the brand. 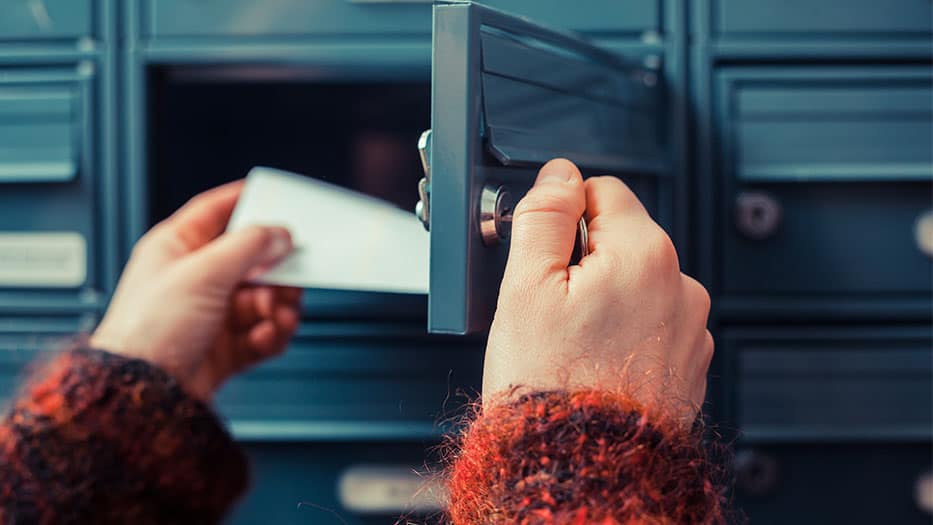 According to research from the DMA, a whopping 48% of customers either visited an advertised store or website, requested further information about a brand or purchased a product directly after receiving a flyer through their door.

Clearly, flyers are effective as both a standalone marketing technique and components of an integrated campaign, whilst they also perform well in relation to other print ad channels and television. The increased levels of engagement and activations triggered by leaflets can also justify a relatively high spend, and this is something to keep in mind when building campaigns.

Include Coupons and Offers with your Flyer

We spoke earlier about how flyers are capable of engaging recipients, with 23% thoroughly reading the leaflets that they receive.

However, this engagement rate increases to 33% for leaflets that include money-off coupons or in-store discounts, so this instantly enhances the appeal and the effectiveness of your campaign.

Beyond this, 71% of customers use the coupons and discounts that they receive in store, whether this is to buy a specific product or identify a brand new service to meet their precise needs. 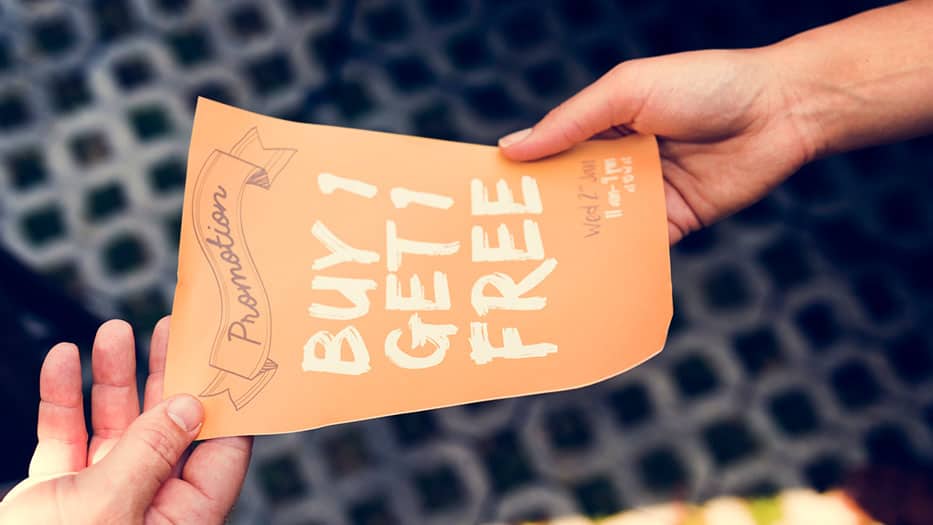 You may also benefit from creating targeted offers wherever possible, by distributing limited-time discounts for use in local stores. This not only provides direct value to customers, but it also creates a sense of urgency around your campaign and encourages a specific response from recipients.

Even on a fundamental level, it’s important to ensure that your flyer is underpinned by a strong value proposition. By distributing leaflets that offer value and have something worthwhile to say, you’ll make it far harder for customers to dismiss your message.

The concept of messaging is central to any successful flyer, as you’ll always be restricted by the size of the leaflet that you choose to publish.

So whether your document is A7 or A4 in size, it’s imperative that you distinguish between your primary and secondary messaging in order to create a concise text that’s impactful and easy to read.

This requires you to promote one or two key selling points of a particular product or service, depending on the nature of your campaign and the profile of the audience. You can then communicate these using a combination of text and imagery, with the primary objective being to present a message that can be digested almost instantly by customers.

If your flyer is to include a coupon or discount offer, you should also strive to build your message around this key incentive.

When combined with a punchy headline and a relevant call to action (which should be written in an active tense), you can create a concise and compelling message that really captures the imagination of customers.

Create a Trail Back to your Store or Website

Ultimately, the underlying goal of any marketing campaign is to create or increase sales. So, whether you’re distributing flyers as part of a standalone or integrated campaign, it’s important that they’re capable of eliciting a specific action from customers.

Standalone flyers must link back directly to your brand’s website or a local store, for example, as you look to increase traffic and ultimately convert recipients into loyal customers.

In contrast, flyers used as part of an integrated campaign could help to drive assisted conversions, as your customers are taken on a predetermined journey that ultimately ends in a sale.

In this case, your leaflets may simply compel recipients to interact further with the brand, either through your website or by online search and social channels. For example see the Billboard image below that has the same intent as a flyer, (to drive traffic to a website). 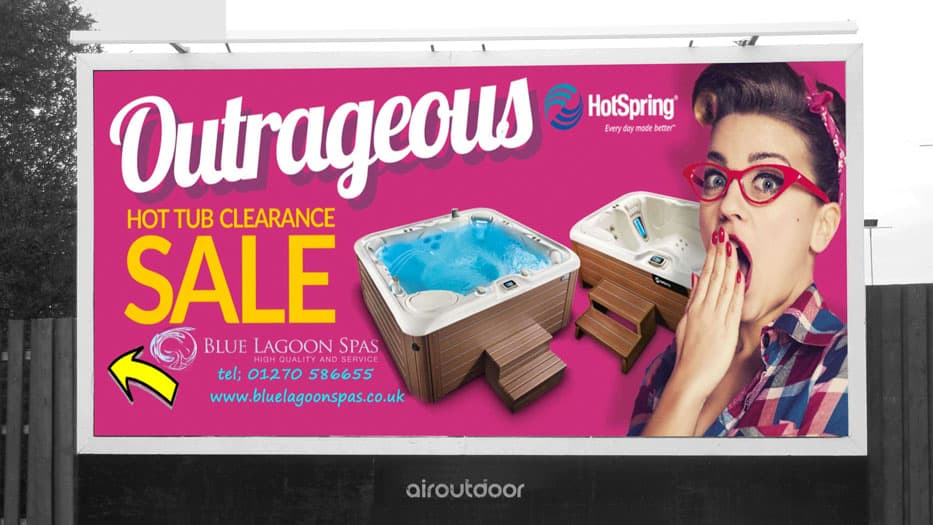 As a result, such flyers must include the relevant contact details, whether this is the site’s URL or a selection of targeted social media sites. You can also leverage specific hashtags as part of an integrated marketing campaign, but regardless the key is to publish this information as prominently and as accurately as possible.

Above all else, take the time to consider the precise role that your flyer will play in a specific marketing campaign. Then proceed to share the relevant information that enables customers to continue their journey with the brand, as this will make it easier than ever for individuals to purchase your products and enjoy a rewarding consumer experience.

In some ways, flyers are considered outdated in the digital age, whilst it can also be argued that they’re more expensive than organic forms of online marketing.

However, the statistics suggest that leaflet distribution remains an effective and engaging marketing technique and one that can work particularly well as part of an integrated campaign.

With the right execution, flyers are also capable of driving positive responses from your target audience, whether you’re looking to increase web traffic or improve your sales conversion rate.

If you simultaneously use techniques such as shared distribution to reduce costs, you can improve your ROI and achieve even more bang for your buck as a marketer.