While businesses have been advertising their products and services across multiple channels for decades now, there’s no doubt that modern-day firms invest more in marketing than ever before.

This is borne out by the numbers, with the total advertising spend in the UK estimated to peak at over £26 billion by the end of 2020. This number has increased markedly since 2010 alone, when British companies invested a cumulative £15.5 billion in their advertising campaigns.

As a result, us Brits are now being bombarded by a plethora of ads from a rising number of channels both on and offline. But roughly how many do we see each day, and why could this pose a problem to advertisers in particularly competitive industries?

How Many Ads Do we See Each Day on Average?

Be honest, how many of you have ever taken the time to estimate how many ads or sponsored messages you see each day?

We’d wager not many of you, so you may be surprised that the average consumer in modern-day Britain is exposed to well in excess of 5,000 such messages on a daily basis.

This is according to the marketing team at Yankelovich, Inc., who arrived at this number when researching advert exposure and its impact on the consumer marketplace back in 2007.

Given that this was prior to the significant increases in marketing expenditure and the boom in social media advertising, however, it’s fair to surmise that this already startling figure may well have doubled during the subsequent 12 years.

Of course, these numbers may seem a little unrealistic, while it’s also easy to challenge the methodology and accuracy of such a study. However, these findings are supported by various other studies, including the surprising number of ads that we were exposed to 40 years ago.

For example, Jay Walker-Smith (the President of marketing firm Yankelovich), estimated that consumers were exposed to an average of 500 daily ads during the 1970s. 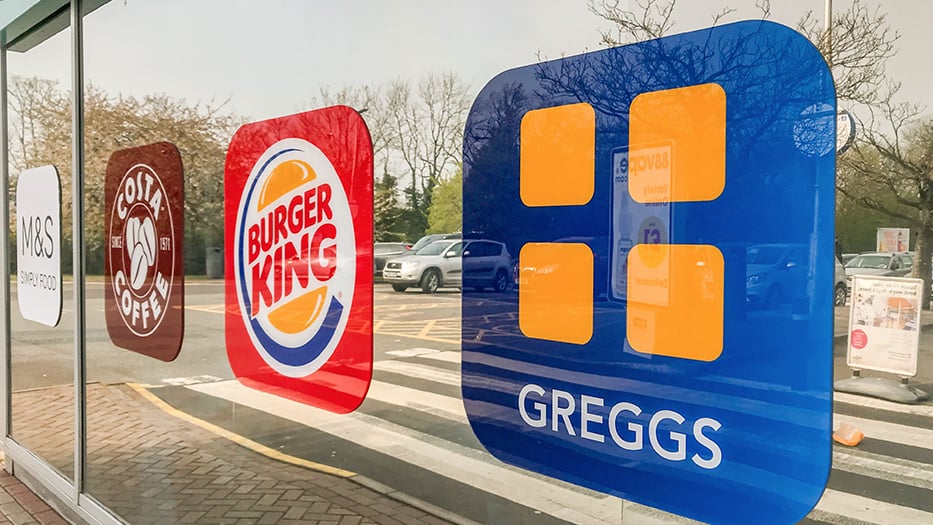 While this number has clearly increased exponentially with the advent of computerisation and technological advancement, it remains surprisingly high given the relative paucity of ad mediums available during this period.

Marketing expert Ron Marshall has also undertaken his own experiments to determine precisely how many ads he was exposed to during a typical day.

During the course of this investigation, he encountered a staggering 487 ad messages and promotions before ending his breakfast, and this makes the reported figure of 5,000 seem far more reasonable.

Heralding the Impact of Online Advertising

Clearly, the most significant spike in ad exposure has coincided with the digitisation of the UK economy, with the vast majority of sponsored messages now encountered online.

One trend that seems to bear this out is the incremental rise in ad-blocker usage in the UK, particularly amongst Millennials and younger consumers. More specifically, it was estimated that 43% of all Internet users aged between 18 and 24 in the UK used an ad-blocker during 2018.

We also know that a whopping 70% of StopAd users block an average of 200 ads each day on a Windows desktop advice, which only represents a single channel through which they can receive marketing materials in the digital age.

To gain an accurate insight into the market, it’s also important to consider the online and social ads that are received on mobile devices, either in the form of pop-ups, emails or SMS. The focus on social media is particularly telling, as the global ad spend through this medium doubled from $16 billion (£12.2 billion) in 2014 to an eye-watering $31 billion (£23.7 billion) in 2016.

These telling trends are likely to continue for the foreseeable future too, with online and social advertising expected to account for 62% of the £26 billion ad spend in the UK this year.

The corresponding share for 2018 was 57%, so there’s no doubt that brands are becoming increasingly immersed and invested in online advertising channels with each passing year. 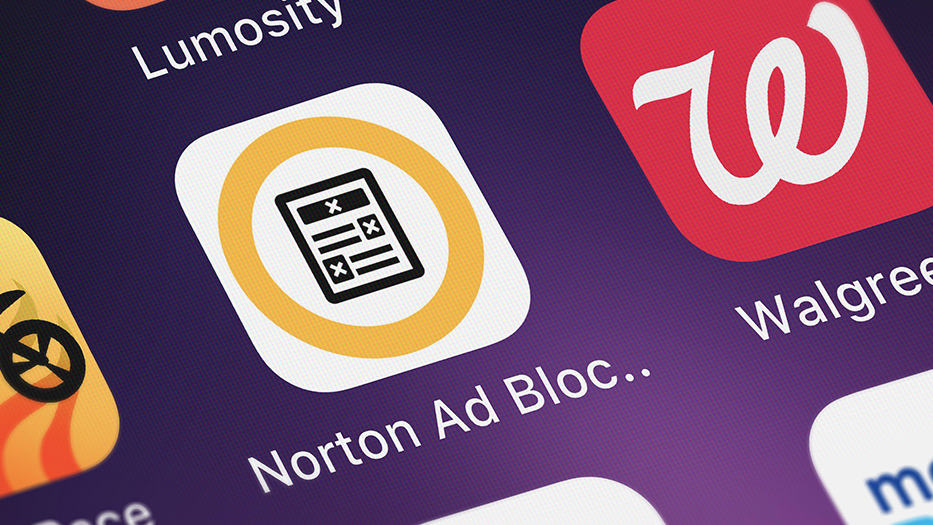 While this trend isn’t exclusive to the UK, British firms’ focus on digital advertising is slightly disproportionate. In fact, relative to the size of the economy, the UK’s online ad expenditure is ranked as the highest in the world at 0.63% of GDP.

With the average online spend amongst small and medium sized ventures (which account for 99.3% of all private sector firms in the UK) also increasing by 12% between 2013 and 2017, we should expect to see even more ads in the years to come.

Is the Saturation of Online Ad Channels Problematic for Brands?

We’ve already touched on the increased use of online ad-blockers in the UK, with 12.2 billion Brits using dedicated software to achieve this objective on at least one of the devices that they own.

This immediately undermines the effectiveness of digital advertising and the potential ROI for brands, but even on a fundamental level, there’s a significant issue when competing for the attention of customers in a saturated and overly competitive marketplace.

More specifically, the human brain is simply unable to absorb and process the huge swathes of information that they’re exposed to through these ads, whilst the sustained flow of unsolicited data also leads to a now widely-reported phenomenon known as ‘banner blindness’.

This refers to a scenario where visitors to a website either consciously or subconsciously ignore banner information wherever it’s located on a specific landing page. Of course, this is a huge issue for brands who want to optimise their spend, particularly those that invest in paid advertising as a way of achieving exposure.

There’s also a growing issue with trust in digital ads, especially as customers continue to be bombarded by sponsored and overly promotional messages throughout the day.

This even applies to SMS marketing messages that users have previously signed up to receive on their smartphones, with Neilsen reporting that just 36% of customers have a semblance of trust this medium.

Neilsen’s data also highlights the interesting fact that traditional paid advertising mediums such as TV, radio and billboards retain higher levels of consumer trust than digital alternatives. For example, a healthy 56% of people trust the messages that they see on billboards, compared to just 42% of those exposed to online banner ads. 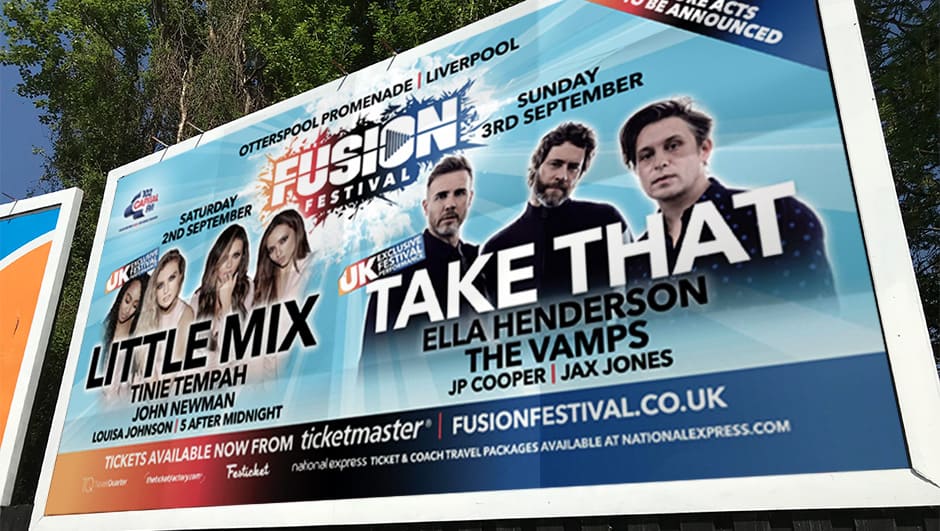 This may have something to do with the relatively intrusive nature of online ads, which are completely unsolicited and often disturb us during work and play.

Incredibly, 91% of people say that digital ads are becoming increasingly intrusive as their number rises, while the growing prevalence of targeted messages is also causing an issue.

After all, a further 79% of customers feel as though they’re being tracked by targeted and timed adverts, creating a sense of cynicism and mistrust that’s undoubtedly impacting on the reputation of brands.

How Can Brands Overcome These Perceptions and Challenges?

While these statistics highlight the challenges pertaining to online advertising in 2020, they also provide brands with a potential solution in the form of traditional ad mediums and integrated marketing campaigns.

More specifically, out-of-home (OOH) ad channels such as billboards provide a refreshing antithesis to online adverts, and not only in terms of the level of trust that they’re able to inspire between brands and customers and their ability to reach large and targeted audiences.

Make no mistake; this type of advert is also perceived as being unintrusive, thanks largely to the ability of billboards to blend seamlessly into the natural environment.

The location of individual ads also plays a pivotal role in this, with 96-sheet roadside billboards often capable of engaging customers when they’re stuck in traffic and actively considering purchasing decisions pertaining to food, drink and similar consumables.

Not only does this theory makes perfect sense, but it’s also backed by the numbers. For example, a more recent Neilsen study found that the use of billboards as part of an integrated marketing campaign can drive an estimated 4-times increase in online activation, driving assisted conversions that optimise marketing spends in the process. 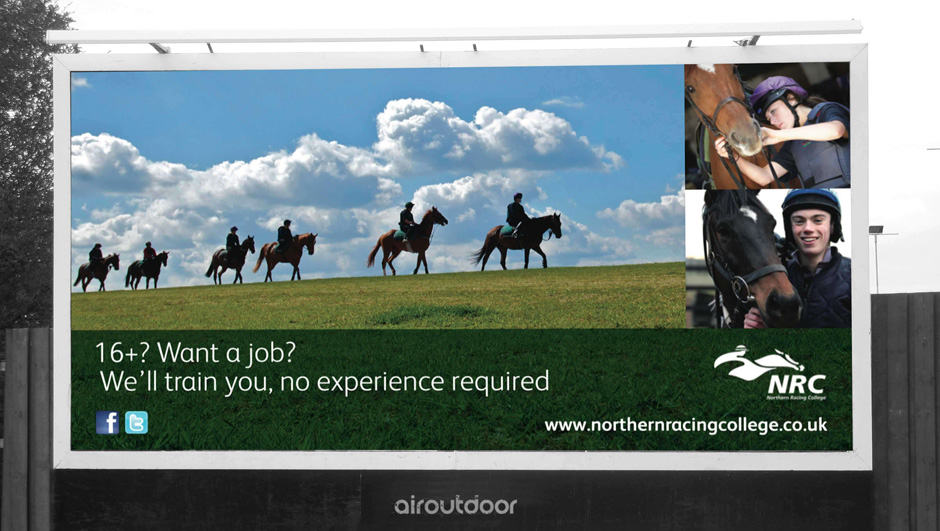 If we drill deeper into these numbers, we see that billboards can trigger an increase of 54% in subsequent search traffic, along with spikes in social activity and a 47% lift in sales activations.

There’s also an inherent link between billboard advertising and increased mobile activity, and when we consider these factors in unison it’s clear that OOH is capable of optimising engagement while driving online conversions and the impulse buys that are crucial to brands.

Ad channels such as traditional billboards are also considerably cheaper than most digital alternatives, while the constant brand exposure that they offer translates into greater visibility and an improved ROI over time.

So, by including strategically placed and variably sized billboards alongside digital channels as part of an integrated marketing campaign, it’s possible to engage audiences more effectively and create a customer journey that feels more organic, less intrusive and ultimately empowering for all parties involved.

Of course, some may argue that this simply increases the number of adverts that customers are exposed to each day. However, this approach recognises that not all ad channels are created equal in terms of their capacity to engage, while it may also create campaigns that are more consumer-friendly and less likely to feel intrusive.