How to Dominate Your Local Market – Updated June 2020

When people discuss the continued growth in out-of-home (OOH) advertising, there’s often a clear focus on digital channels. There’s a good reason for this too; with the ad revenue generated by digital OOH having increased for 15 consecutive years from 2003 to peak at £603 million in 2018.

However, the findings of this study suggest that premium digital OOH advertising represents the second most appropriate media channel for famous and iconic brands, creating a scenario where established businesses are driving this trend in the UK.

Conversely, independent and local businesses are more inclined to advertise through traditional OOH media and billboards, with such channels arguably more cost-effective and capable of delivering a superior ROI. Such billboards are widely available through suppliers such as 75media, with various ad packages available to suit different campaigns and expectations.

In this post, we’ll further explore the benefits of OOH advertising for local businesses, while asking how you can leverage these to your advantage.

What Does OOH do for a Local Brand?

Let’s start with the basics; as OOH media and channels such as billboards can deliver a number of benefits to local brands.

We’ve broken these down further below, so that you can understand the precise role that out-of-home advertising plays in driving brand awareness and recognition for local businesses.

While television used to be the go-to ad channel for building brand awareness, this has changed in line with shifting audience demographics.

More specifically, it’s estimated that 50% of the world’s total population is now 30 or younger, while the influential Millennial demographic has now come of age as the world’s most discerning consumers.

Alongside the rise of streaming platforms and subscription TV channels, this has precipitated a sustained decline in the viewership figures for terrestrial television. According to Nielsen, the number of primetime TV viewers declined by 20% between 2014 and 2018, while the drop-off amongst those aged between 18 and 49 was recorded at a staggering 35%.

With Millennials also notoriously discerning and cynical of online ads (two-in-three aged between 18 and 24 now have ad-blocking software installed on at least one of their devices), it’s also clear that younger consumers are less susceptible to overly promotional and intrusive advertising. 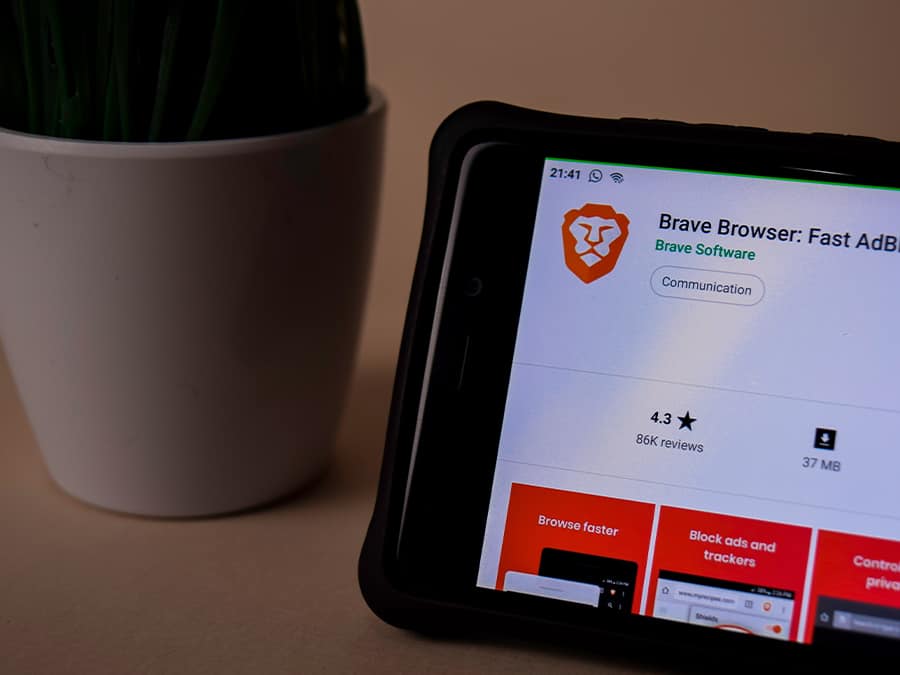 Create and Impact and Target a Large Audience

This brings us neatly on the subject of audience size, with most consumers of working age thought to spend an estimated 70% of their time out of the home.

With this in mind, OOH media and billboards can be strategically placed to target a vast and engaged audience, often for considerably less than it would cost to reach a similar number of people through television or radio content.

With the deployment of concise messaging, branded colours and eye-catching imagery, this will help you to create a significant impact on a vast number of people through your advertising campaign.

Of course, local businesses are often required to target customers within a restricted catchment area, especially if they’re looking to drive traffic into a physical store or outlet.

Fortunately, agencies such as 75media thrive by purchasing huge swathes of ad space nationwide, making it possible to target a local and viable audience in the highest-traffic areas. 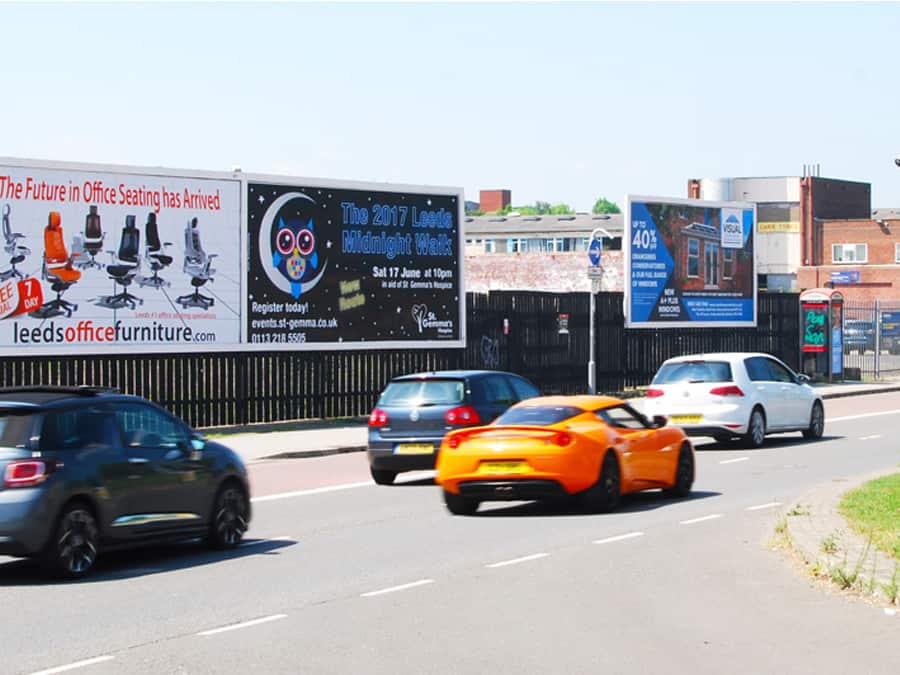 This enables advertisers to optimise the eventual return on their marketing spend, by increasing the number of impressions and the reach of their brand without committing significant amounts of additional capital to the cause.

Local businesses must also remember that digital advertising remains of paramount importance to their success, and in this respect OOH media can be accessed to create integrated campaigns that optimise your reach and drive invaluable ‘assisted conversions’.

This term is used to describe Google’s measure of any interaction (other than the final click or purchase) that leads to a consumer converting online.

As a highly trusted, organic and engaging medium, OOH is an incredibly effective driver of assisted conversions, particularly through social channels such as Twitter and Instagram we’ll have a little more on this later).

It can also drive higher levels of brand engagement through smartphones, which is integral when targeting consumers on the move.

Ultimately, the goal of any marketing or ad campaign is to drive sales, whether this involves a direct call to action or one that looks to drive traffic through specific channels. 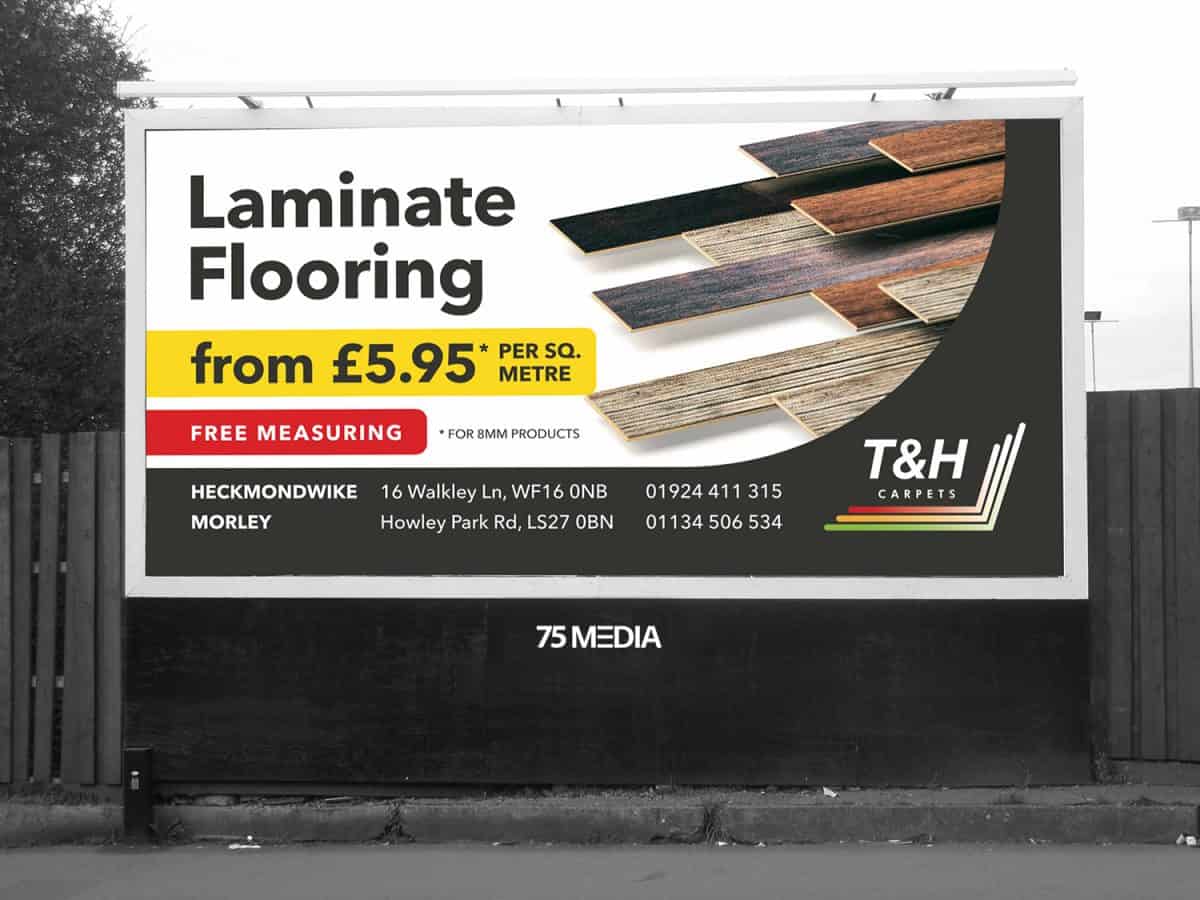 This is crucial for small and local firms with restricted marketing budgets, as it hints at a superior ROI and optimised revenues over time.

Exploring the Link Between OOH, Trust Building and Dominating the Local Market

We’ve already spoken at length about the perception of OOH media as an inherently trustworthy ad channel, with this based largely on the aforementioned environmental and demographic factors.

To support this, there’s a study from the US which revealed that a staggering 58% of motorists who viewed large-format roadside billboards took a specific or direct action in response to the advert.

Similarly, 56% of respondents told their friends and family about a funny or impactful OOH campaign that they had witnessed, reinforcing the idea of organic engagement between consumers that live within a specific region or area. You can read more about this and the trusted nature of OOH here.

This trend also continues to be emphasised in an age where Millennials are the dominant consumer demographic and the virtual world is saturated by ad content. 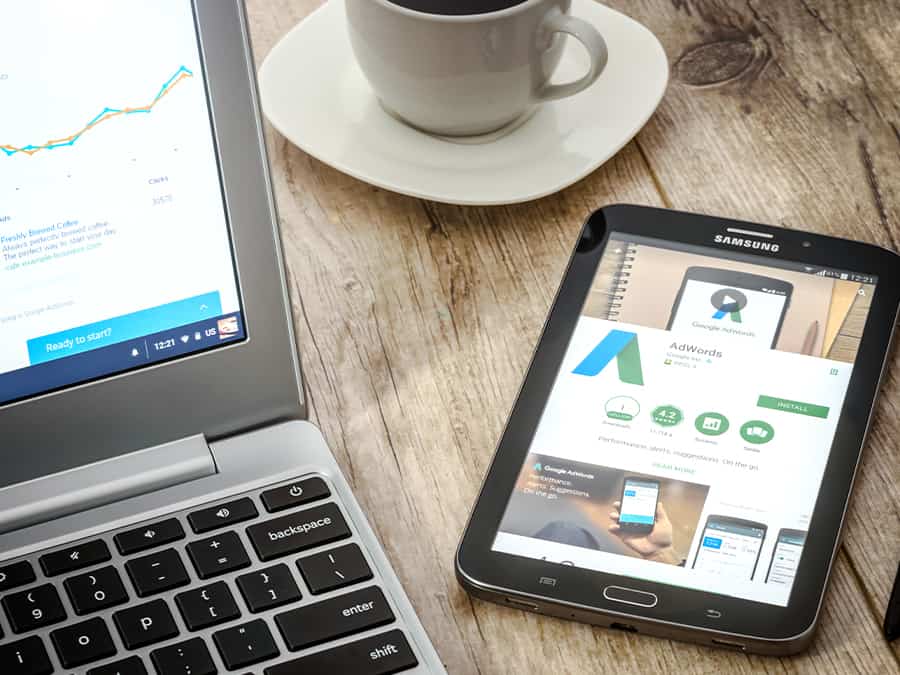 Millenials also tend to be more distrustful of large companies, this has been reaffirmed by a number of studies, with one finding that just 36% of shoppers say that they trust large and established brands to what’s right in any given scenario.

The importance of trust between consumers and big brands was also discussed widely in a 2013 study conducted by the Boston Consulting Group, which found that authenticity was one of the main qualities that would initially attract customers to a specific brand.

With these points in mind, local businesses can arguably leverage a significant competitive advantage over more established brands in their chosen market by advertising with OOH media. More specifically, they can use a widely respected medium to distinguish themselves from their rivals and build on the trust that they’ve already garnered within the local community.

There’s no doubt that local businesses (particularly those with family-oriented values) that recognise this opportunity and are able to use OOH media to their advantage will steal a march on their rivals, creating a scenario where they can dominate their market over time.

How to Use OOH Successfully as Part of an Integrated Campaign

We’ve already discussed how OOH media can help to drive assisted conversions online, which reinforces the importance of using ad channels such as billboards as part of an integrated campaign.

The question that remains, of course, is what other marketing channels and strategies should you use to help optimize both the impact of OOH and the return that you see on your initial investment?

Well, the good news is that traditional OOH and billboards are inherently cost-effective, particularly when procured over the course of extended, 12-month campaigns. Local businesses can reduce this cost even further by designing their own ad content, freeing up more of their marketing budget for alternative channels.

The cost savings are particularly pronounced when compared with digital billboards, even over the course of a standard two-week booking. Including design costs for a 96-sheet billboard, outlets such as 75media will charge approximately £875 for such a booking, with the corresponding price for a digital ad in excess of £1,300. 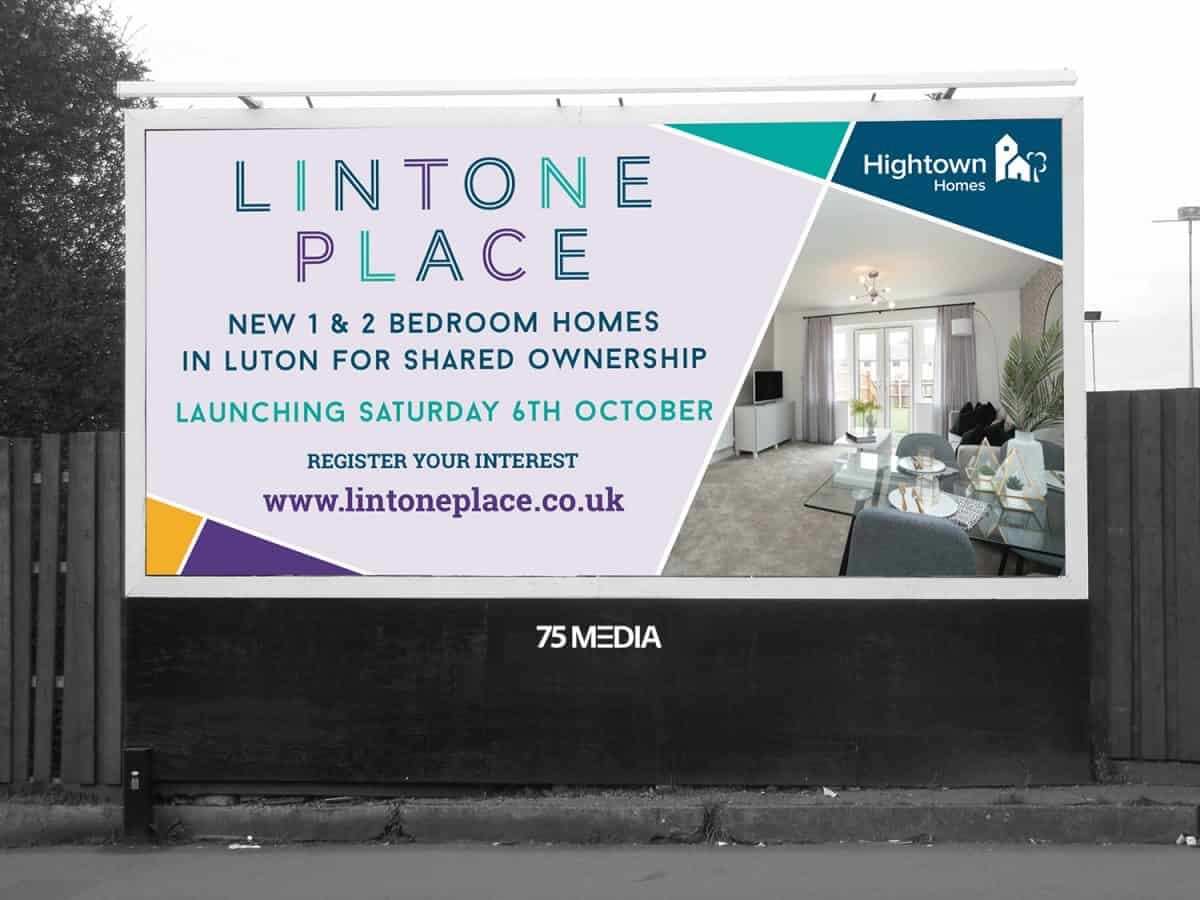 Such savings can come in handy when driving integrated marketing campaigns, particularly with impactful and complementary techniques such as local SEO strategy inherently more costly to secure.

Make no mistake; a viable local SEO strategy can work seamlessly alongside OOH advertising, by successfully promoting target products and services to local customers at the precise time that they’re searching for them (having been initially engaged though a specific billboard ad).

Another great aspect of local SEO is that it can be used to target the same local customers through online channels, using similar content and keyword phrases that drive your offline ad content (including relevant hashtags on social media sites).

Similarly, you can use the same information when driving specific calls to action through both OOH media and online ads, including key citations pertaining to your company’s name, address, phone number and website URL.

By creating consistency across on and offline marketing channels and developing holistic content that can underpin a seamless consumer journey, you can also target customers that may miss your billboard ads and capture them successfully online.

You can also use OOH media to successfully drive sustained brand interaction through sites such as Twitter, Facebook and Instagram – with a view to creating higher levels of engagement and furthering the customer journey online.

In fact, 24% of respondents in a Nielsen study confirmed that they’d interacted with a brand through Twitter after engaging with an OOH ad during the previous six months.

The corresponding number for Instagram was 25%, and there should remain little doubt that combining OOH media with the right online marketing channels as part of integrated campaigns will deliver optimal results over time for local firms.

Local businesses rely on their ability to effectively target customers as they move within a predetermined catchment area, and OOH media is incredibly useful in this respect.

The primary reason for this is simple; as you can invest in different types and sizes of media to achieve the optimal results in target locations.

If we accept that an estimated 36% of UK customers still travel to work by car, for example, then local brands can look to target this audience directly by erecting 48 and 96-sheet roadside billboards along busy commuter locations in the region.

These larger-than-life ads are extremely visible and capable of engaging motorists as their vehicles idle, whilst they also tend to target customers at a time when they’re most likely to engage with brands and promotional content. 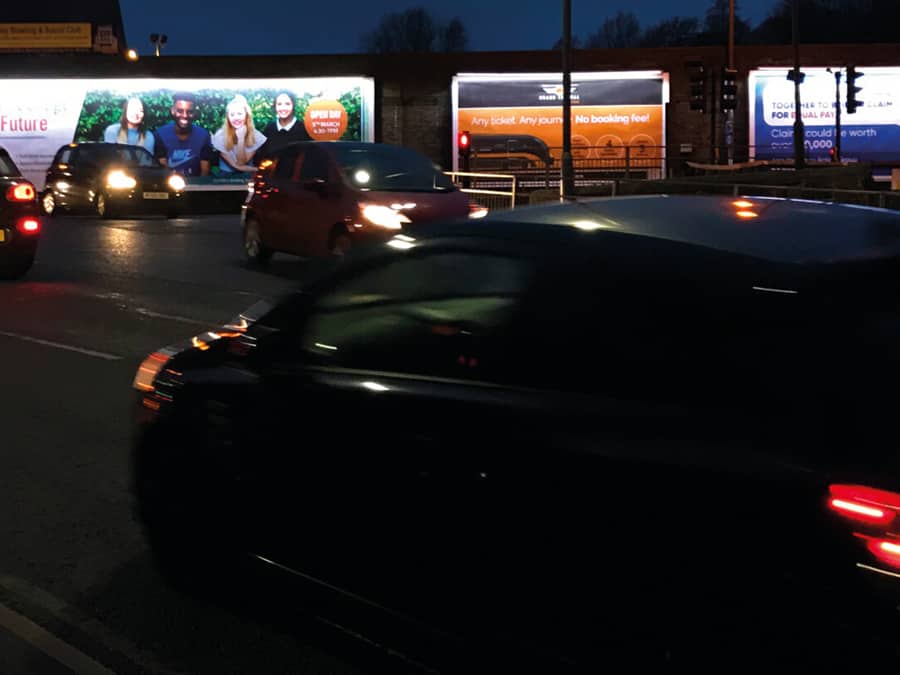 Conversely, it’s thought that 31% of British workers combine walking or cycling with various modes of public transportation, including buses and trains.

This creates an additional opportunity for local firms to target viable customers along specified routes, with posters and small billboards of this type also capable of engaging readers as they actively look to interact with their immediate surroundings.

Clearly, the key is to understand the core audience for a specific OOH ad campaign, before tailoring relevant billboards and advertising materials that vary in terms of their size, location and content.

Ideally, you’ll also need to partner with a viable agency that can supply different types of billboard depending on your local firm’s unique needs, with 75media offering cost-effective products in an array of different sizes.

On a final note, it’s worth remembering that the erection of roadside billboards and smaller posters at bus stops and train stations can also fortify your brand’s corporeal presence within the local area. This definitely helps when driving brand recognition, which has the capacity to build both customer loyalty and drive higher conversion rates over time.

There can be no doubt that successfully raising brand awareness and recognition is central to the long-term success of local businesses, and OOH media is playing an increasingly pivotal role in helping companies to achieve these objectives.

By successfully leveraging OOH media and far-reaching ad channels such as billboards, small and independent firms can also begin to compete on a more even playing field and ultimately take steps towards becoming dominant in their local market.

Even on a fundamental level, traditional OOH media and billboards are incredibly cost effective and relatively cheap to source, which lends itself to careful budget management and a superior ROI for local firms.

This is a key consideration, and one that is at the heart of the fundamental relationship between small and local businesses and out-of-home advertising.

Note that having roadside billboards can further solidify your presence in your local area and market.