OOH Set To Become the Marketer’s Medium of Choice

Marketing has been shaped by many changing trends over the course of the last 50 years, but few have been as transformative as digitisation and computerisation.

This is borne out by the figures, with the total revenues generated by OOH media growing by 9.4% year-on-year during Q2 2019. As a result, quarterly revenues peaked at £310 million in June, with digital OOH recording double-digit growth for the third consecutive recording period.

Clearly, OOH is fast becoming the average marketers’ medium of choice in the UK. But why exactly is this the case, and what makes advertising channels such as billboards so appealing to modern day brands?

Appraising the Full Potential of OOH

Let’s start with the basics; as OOH is one of the most visible and accessible advertising channels imaginable. After all, it’s estimated that OOH advertising reaches 98% of the UK population nationwide, from large scale billboards at targeted roadside locations to smaller posters at bus and train stations.

Not only this, but there’s also ample evidence that OOH is fast becoming one of best ad channels for engaging customers and driving assisted conversions.

When it comes to social media sites such as Twitter and Instagram, for example, OOH has recently surpassed television as the primary trigger for engagement and sustained brand interactions.

In purely statistical terms, 24% of respondents surveyed by Neilsen in 2017 interacted with a brand through Twitter after seeing an OOH message in the previous six months. A further 25% followed up with an advertised company through Instagram after engaging with such material, while just 22% took to these channels after seeing a TV ad.

There are numerous explanations for this, but one of the most compelling is that there were an estimated 3.46 billion active mobile social media users in the summer of 2019. 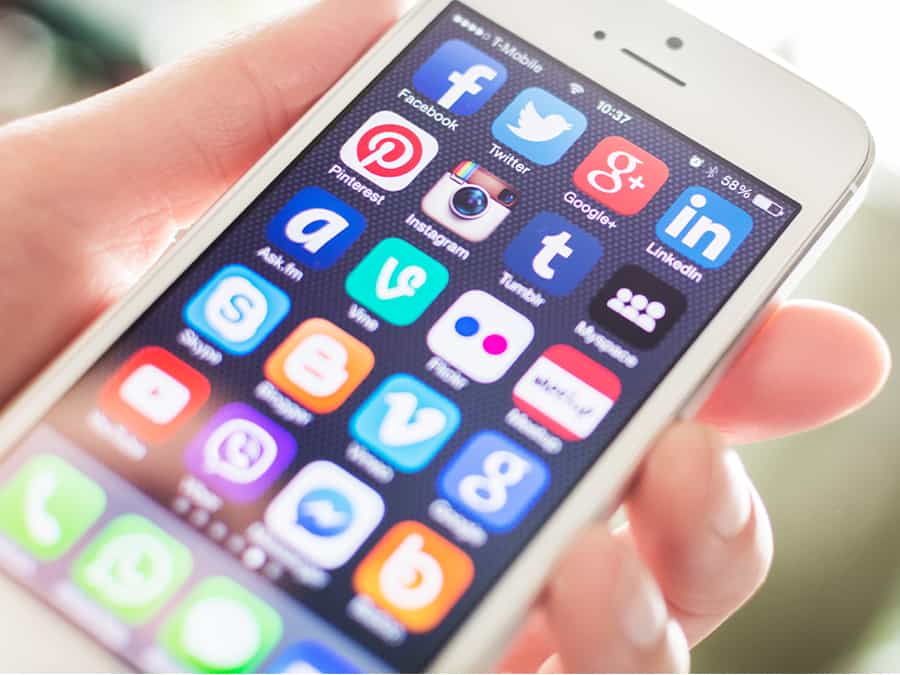 It has also been reported that people who see an OOH ad are 17% more likely to engage with a brand through their mobile device, creating a natural affinity between these two mediums and driving a higher level of social engagement.

The sustained growth of OOH and its innate ability to target large audiences when they’re actively engaged with brands (remember the average person spend around 70% of their time out of the home) has undoubtedly increased the medium’s reach during the last decade, although it has also contributed to a competitive landscape where it can be hard for brands to set themselves apart.

For example, it’s estimated that we’re now exposed to as many as 10,000 sponsored ads each day (both online and out of the home), with this number having increased from just 5,000 back in 2007.

Of course, most of these ads are visible in the digital space, while it can also be argued that OOH channels such as billboards are less intrusive thanks to their ability to blend naturally into the surrounding environment.

This is why it’s important to create concise and targeted ads that are strategically placed, so that you can leverage this advantage and optimise your brand’s exposure over time (but we’ll have a little more on this later).

Not only can OOH optimise the reach of your brand and message, but it also provides one of the most effective and accurate ways of measuring the impact of your campaign.

This wasn’t always the case, of course, but innovation has created a number of viable metrics that help you to measure your ROI and calculate the value of assisted conversions over time.

Interestingly, the available tools used to track traffic can be leveraged to gauge the impact of OOH ads and campaigns, with the subsequent results arguably offering the most accurate insight into performance.

In simple terms, this can be achieved by advertising a specific URL with tailored content on a specific billboard or outdoor creative, before monitoring the subsequent volumes of traffic and associated bounce rate pertaining to the landing page in question. 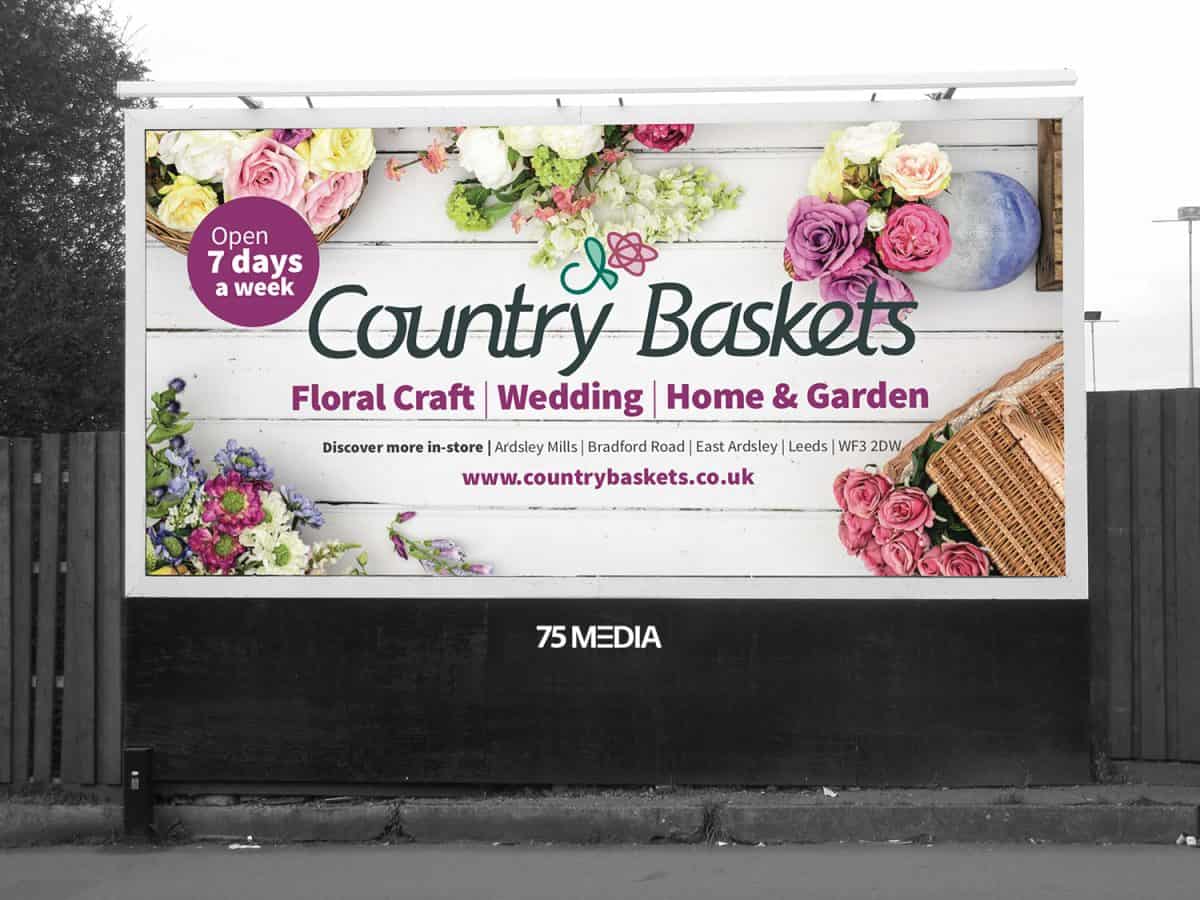 This enables you to measure any increases in traffic and the level of engagement driven by each specific ad, before determining whether or not the content in question is achieving its objectives.

You can also use other metrics to distinguish ads and measure the effectiveness of each, depending on the precise channel through which you choose to drive traffic and engagement.

For example, when looking to drive traffic through your brand’s Twitter profile, you can use a unique hashtag that’s relevant to the business and encourage respondents to use this when interacting with the brand. This is a slightly less accurate method, of course, but it can offer an insight into the success (or failure) of individual ads.

Another great way of tracking the volumes of traffic driven by an OOH ad (either in-store or online) is by using unique promo codes.

Such codes must be advertised exclusively through the outdoor ad campaign in question, while it would ideally be available for a limited period of time only. This can be an incredibly effective way of measuring traffic and the impact of a particular ad, and one that’s all-too easily overlooked by marketers.

On a fundamental level, you can also use metrics on the ground to calculate the number of impressions generated by a particular adverts and its potential ROI. 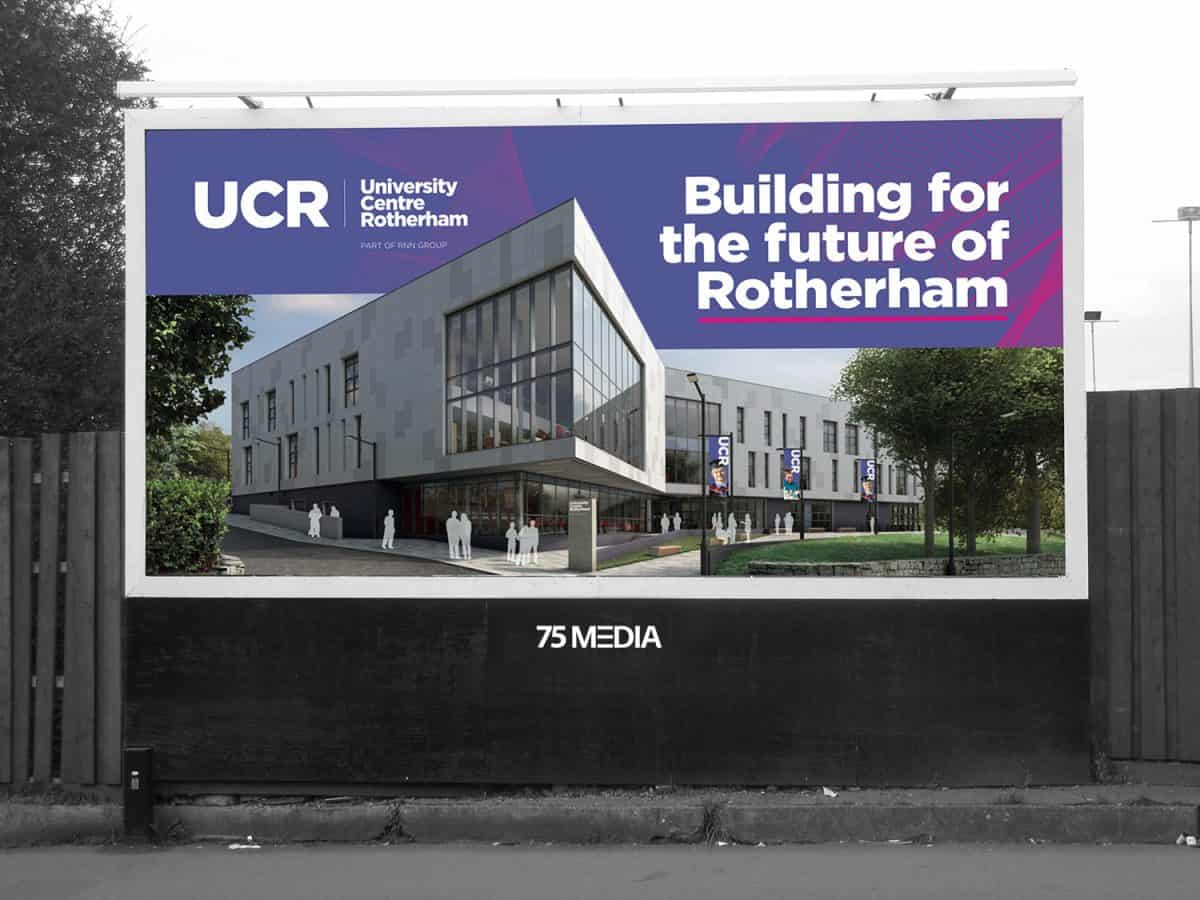 One is referred to as the ‘Daily Effective Circulation’, which refers to the number of vehicles and pedestrians that pass a chosen billboard each day. You can drill down further into this number with the ‘Opportunity to Contact’ metric, which estimates how many people are likely to walk past and actually see the ad.

The issue with these metrics is that they can be hard to gauge accurately, at least without access to huge data sets such as GPS tracking, transport planning and commuting data and road traffic counts.

It can also be hard to track engagement through these metrics, which is why so many marketers prefer to create tailored outdoor ads and measure the levels of traffic that they drive through specific channels.

OOH is Affordable and Delivers a Superior ROI

We’ve already spoken about the ROI offered by OOH media in this piece, and this is an incredibly important factor from a financial perspective.

This was also borne out by the Neilsen study in 2017, which found that while OOH media accounted for 22% of all search interactions generated, just 7% of the cumulative advertising spend is invested into the medium.

This equates to an impressive return, especially when compared with television, radio and even print media.

Of course, the impressive ROI delivered by OOH is improved further by the low cost nature of channels such as billboards, particularly traditional ads. This is why agencies such as 75media have experienced such growth of late, as OOH now offers incredible value to brands and especially small businesses. 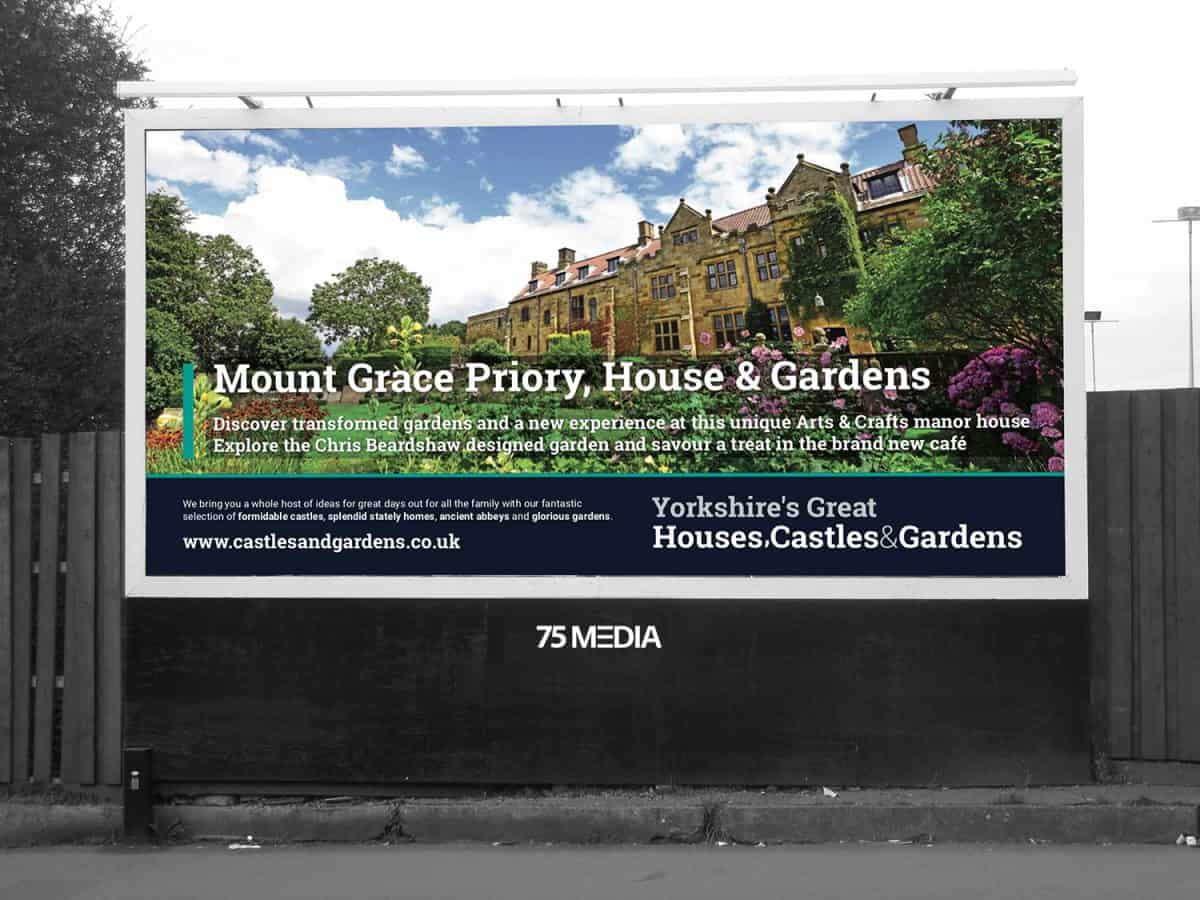 A four-week traditional billboard campaign can be secured for as little as £30 per day, for example, while this drops to an average daily cost of £22 when looking to launch a year-long advertising plan.

You can also minimise your costs by designing and creating your own unique billboard, while this also enables you to take control of the creative process and optimise its potential level of engagement

As we mentioned previously, you can achieve this by creating targeted and concise ads and campaigns, which utilise consistent brand colours and feature a clear call of action to help drive assisted conversions through specific channels.

You should also look to tailor the content to suit a target audience that’s relevant to each advert and the strategic location of the media, as this can drive a far higher rate of conversions and increase your ROI incrementally.

The location of specific ads is also important when looking to promote products or special offers within a brick-and-mortar store, as you’ll need to capture customers within a viable catchment area and provide a compelling reason for them to visit. 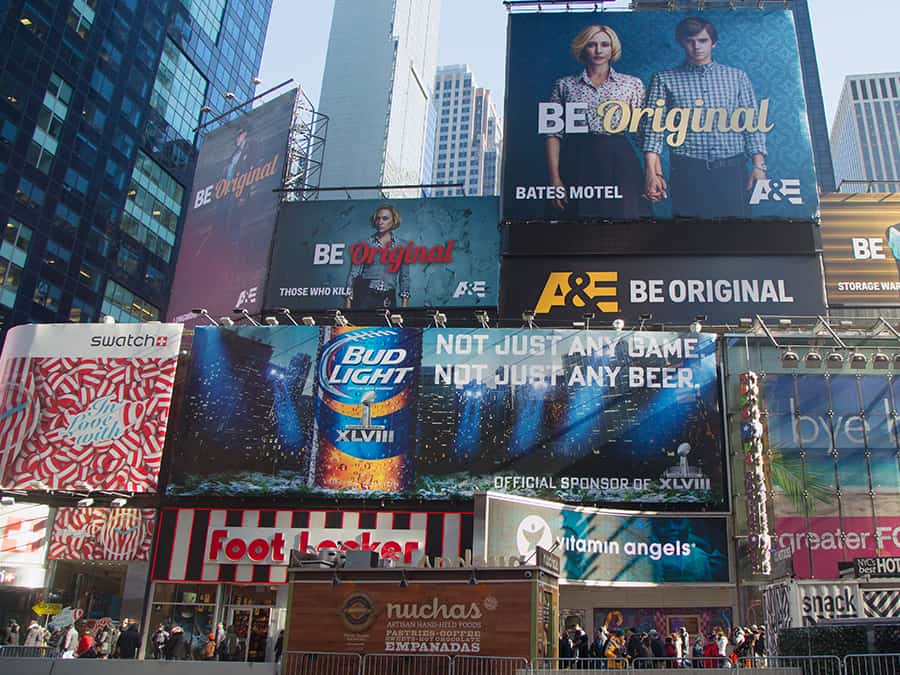 We’d also argue that you leverage OOH media as part of an integrated campaign, particularly given its propensity to drive assisted conversions and engage customers through a wide range of online and social channels.

With this type of approach, you can create a seamless and viable customer journey, and one that drives interaction through a variety of on and offline channels that are relevant to your brand.

Not only does the evidence suggest that OOH is fast becoming the marketer’s medium of choice in the digital age, but it’s also clear that channels such as billboards offer several different benefits to brands.

OOH advertising is both cost-effective and capable of delivering a superior ROI on your marketing spend, for example, while it also boasts an incredible reach that can actively engage customers on social channels.

So, while your brand may be increasingly inclined to invest in digital advertising techniques in the modern age, it’s important to make room for OOH media and incorporate this as part of a diverse and integrated campaign.