For those of you who love your cup of morning joe, you’ve probably noticed the proliferation of coffee shops on the UK high street in recent times. The most recent figures suggest that there were more than 22,000 coffee shops open in the UK at the end of last year, with the number of branded outlets having doubled in just 12 months.

According to Allegra, we also consume around 2.3 billion cups of coffee each year, and while there remain concerns that the market is reaching a saturation point for now it continues to benefit from incredible levels of demand.

This sector is certainly competitive, and the leading brands have increasingly looked to leverage outdoor advertising as a way of promoting themselves and increasing their market share. But why is outdoor advertising beneficial for chain and independent coffee brands alike, and how can you utilise it to benefit your outlet?

The Benefits of Outdoor Advertising for Coffee Shops Explored

Costa Coffee is currently considered to be the largest coffee chain in the UK, with more than 2,000 stores and annual sales in excess of £950 million.

This brand is also blazing a trail for others to follow when it comes to advertising in the marketplace, having not promoted themselves through the medium of television since 2012.

Instead, the brand is combining digital and outdoor advertising channels to create integrated campaigns, which arguably offers greater exposure and an increased return on your marketing spend in relation to television.

According to the former Costa brand and innovation director Carol Welch, this is indicative of how the market has evolved to deliver experiences rather than a simple service to customers.

When promoting an experience brand, costly mediums such as television are unlikely to deliver a significant return, with this money better spent on optimising footfall, delivering outstanding customer service and creating an environment that appeals directly to your target audience.

Outdoor advertising therefore represents a far more suitable medium, and there are two core reasons for this. Firstly, the use of strategically placed billboards and posters can target customers while they’re actively mobile and engaged with branding, whether they’re on their way to work or enjoying a day’s shopping.

It’s estimated that the average customer spends 70% of their time out of the home, so coffee brands can leverage OOH media to target large consumer demographics and promote their outlets as a way of enriching everyday activities and experiences. This will result in higher levels of engagement and footfall, which in turn to convert to bottom sales and increased revenues over time. 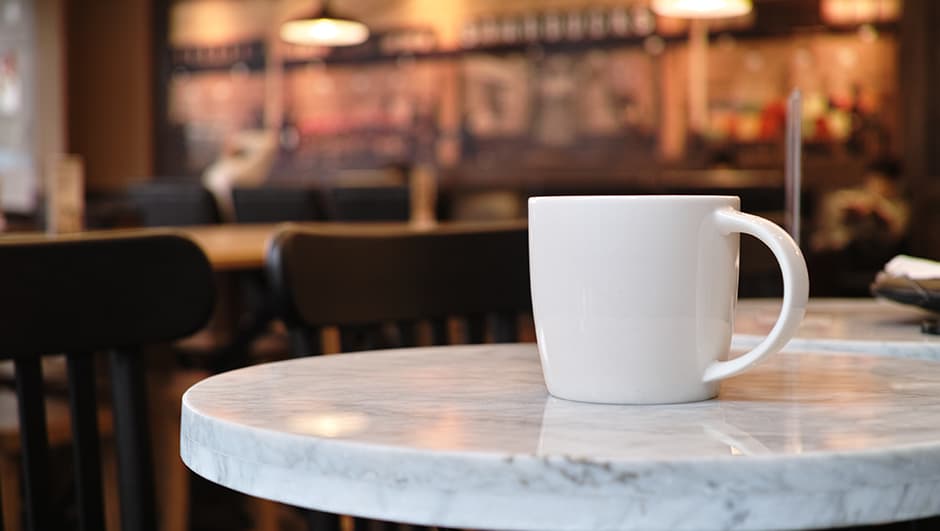 Secondly, we need to understand the special relationship that exists between OOH media and digital advertising, as these separate mediums can be combined to create measurable customer journeys and integrated campaigns.

In fact, OOH is now the dominant force when triggering interactions through social media platforms, having surpassed television and similar offline channels. An estimated 24% of respondents have interacted with a brand through Twitter after seeing an outdoor ad or billboard, for example, with this number increasing to 25% on Instagram.

So while TV has historically served as the most effective channel for building brand awareness and driving in-store footfall, this is no longer the case in an age of social media and real-time interaction through mobile devices.

Even by itself, this makes a compelling argument to use OOH media as a way of advertising your coffee shop brand. It’s by no means the only one, however, with outdoor advertising also particularly effective when targeting commuters.

After all, the British Coffee Association (BCA) recently reported that the daily coffee consumption in the UK has increased by 25 million cups over the last 10 years, with Brits increasingly craving a cup of joe to kickstart their day.

With coffee fast becoming the hot beverage of choice in the UK, a growing number of people here are heading to their local outlet to get their morning fix before they start work

Outdoor ads can be used to target this fast-growing and increasingly motivated consumer base, particularly when messaging is placed strategically and within close proximity to a specific outlet.

This medium is also extremely diverse, with several channels available to target different types of commuter. For the 36% of Brits who continue to drive their own car to work, for example, large format roadside billboards can be used to capture the attention of this demographic and promote a nearby coffee shop.

As for the combined 19% who travel to work by train or bus, smaller ads can be placed on-board and at different stations, while those who walk to their office can be targeted by posters at roadsides and retail parks.

Not only does this type of advertising present brands with an opportunity to reach large audiences, but its organic nature and ability to blend seamlessly into the surrounding environment is also likely to trigger higher levels of engagement amongst customers. 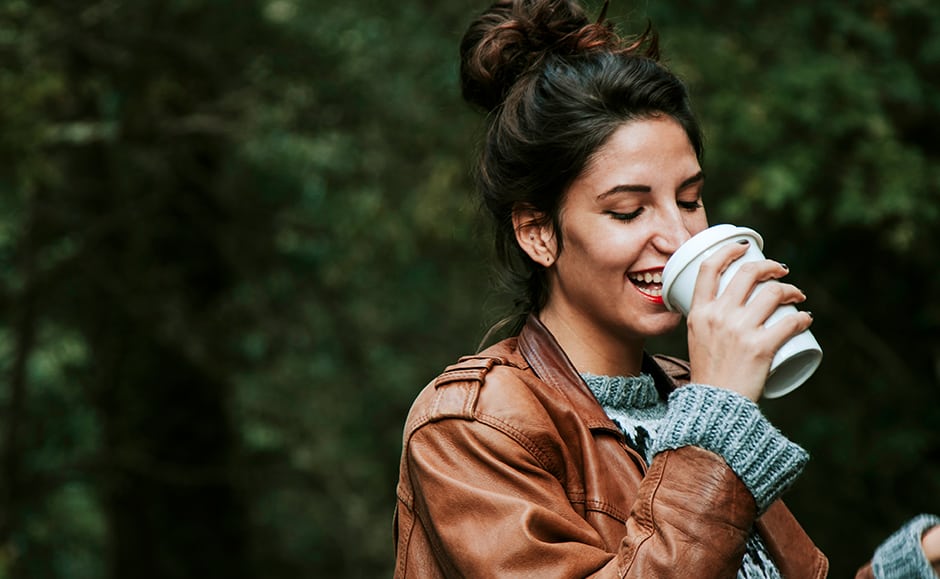 We touched earlier on the concept of building awareness, with OOH media continuing to overtake television as a way of achieving this objective.

At the heart of this is the sheer exposure provided by outdoor media, which unlike television advertising cannot be switched off or forced to compete on one of numerous available channels. OOH media is also far more cost-effective than television, both in terms of its bottom line price and the return that brands can expect on their marketing spend.

This makes outdoor advertising an outstanding option for smaller and independent coffee chains, who are forced to operate in an extremely competitive environment with more established chains.

Interestingly, it’s the rise of independent coffee shops that have inspired an increase in specialty coffee sales both here and in the States, with this number having risen by 20% last year.

This has emerged as a key differentiator and a unique selling point for independent outlets, while OOH media remains an effective way of sharing this with customers and leveraging it as the foundation for brand awareness.

How can you Successfully Leverage OOH Media to Promote your Coffee Brand?

With these points in mind, it’s clear that there are numerous reasons why OOH media has become increasingly prevalent amongst coffee shop owners.

These factors should also inform the way in which you leverage outdoor advertising, as you look to create effective and integrated campaigns that achieve maximum results. For example:

Location is everything when placing billboards or similar type of outdoor ad, particularly when you’re trying to enrich an everyday experience or provide a service to commuters as they head to work.

More specifically, you should select advertising locations that are within close proximity to your outlet, so that consumers can be targeted as they shop or make their way along a regular consumer route. 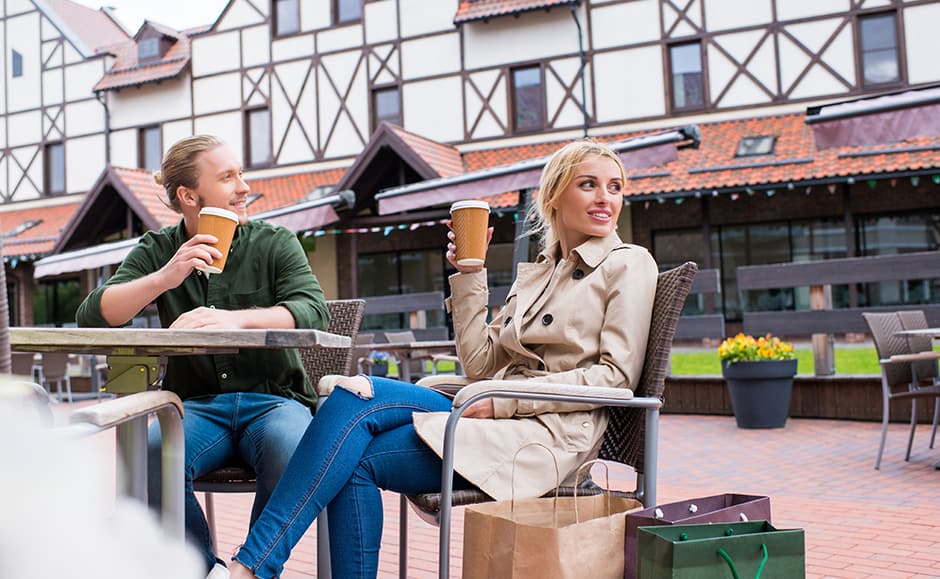 This can prove challenging when targeting shoppers or local consumers, as prime central locations often carry a price premium.

You can negate this by investing in traditional rather than digital billboards, for example, as this type of advertising is noticeably cheaper over the course of two weeks or longer bookings.

More specifically, traditional billboards do not force you to share advertising space with other brands, who may have produced more memorable and striking promotional material.

In contrast, digital billboards are known to rotate between six different adverts during a 60-second period, dramatically reducing the level of exposure awarded to your brand and minimising the effectiveness of your marketing spend.

In this respect, leveraging traditional billboards can help independent coffee chains to both reduce their marketing costs and boost their potential returns, and this can potentially make the difference for businesses that are on a budget.

The fact that traditional billboards also optimise exposure also helps you to effectively build brand awareness, particularly over the course of longer-term bookings and placements within the local area.

#3 Use Large Format Adverts that Promote an Experience Brand

As we’ve already said, there may be some instances where smaller adverts and posters must be used to target customers.

As a general rule, however, large format billboards are the most effective for experience-led brands, as they provide ample room for you to promote concise messaging and appealing imagery within a single space.

When advertising by the roadside or in busy commuter hubs, for example, we’d recommend using 48 or 96-sheet billboards, as these are ideal when publishing aspirational images of your outlet’s interior or a new, speciality beverage.

By combining this with concise messaging and a compelling call-to-action (CTA), you can bring large-scale adverts to life and truly engage your target audience.

Along with the use of digital and social media, outdoor advertising has revolutionised the way in which coffee shop brands target their consumers.

This has proved to be an important change, particularly with customers increasingly active online and susceptible to natural marketing channels such as billboards and posters.

By understand this and following the tips listed here, you can hopefully create an effective and integrated marketing campaign that does justice to your burgeoning coffee shop brand.