Out-of-the-home (OOH) advertising is one of the oldest, yet still one of the most lucrative and effective ways to advertise your business, but don’t take our word for it. Below, we have uncovered some surprising and delightful stats concerning OOH advertising, each of which showcases the value that it offers to brands in 2017.

Perhaps the most effective OOH advertising method is the billboard, which can be designed in variable sizes to target a host of core demographics and customer behaviours.

While it is estimated that a staggering 98% of us see at least one billboard or OOH advert each week, we are also increasingly likely to take notice of the accompanying messaging. More specifically, 71% of consumers often look at and digest the messaging featured on roadside billboards, which is telling when you consider that 68% of customers confess to frequently making purchasing decisions while in the car.

This increased level of engagement may have something to do with the fact that such adverts tend to blend seamlessly into their natural environment, while exposure provided by traditional billboards also helps to focus customer minds.

#2 – Bus shelter Ads reach 92% of the Population Every Week

Most roadside ads are 48 or 96-sheet billboards, and their larger-than-life nature arguably makes it easier to immediately capture the attention of customers. There is more to the appeal of billboards and OOH adverts than this, however, as even smaller displays and posters have proven to be exceptionally effective at enabling brands to enhance their reach.

Take bus shelter ads, for example, which are often poster size and used to target commuters or a professional audience. It is estimated that these adverts reach 92% of the population every week, and to put this into perspective up to 6.5 million bus commuters are served everyday in London alone. 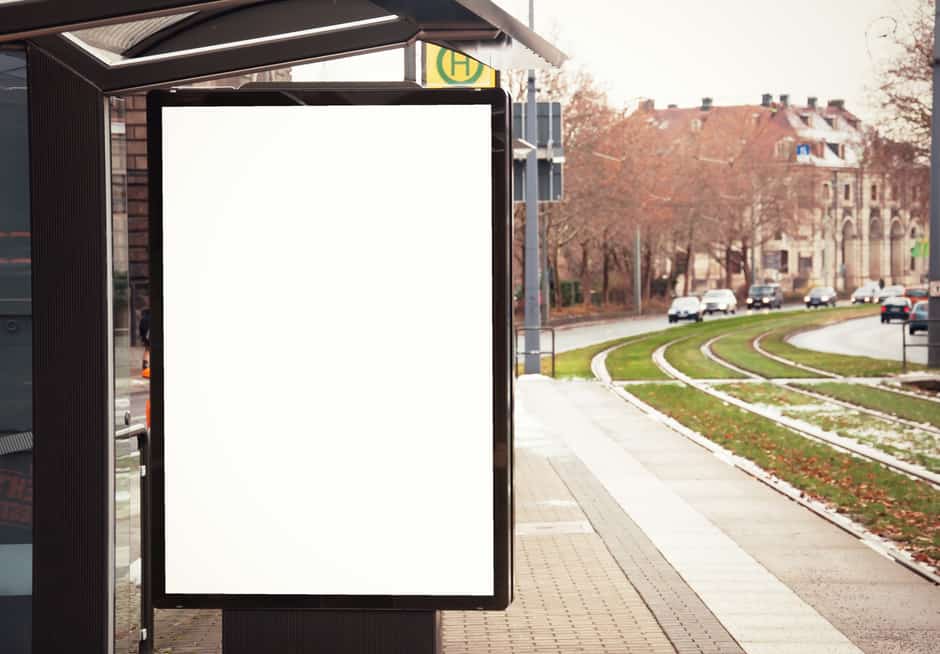 Once again, bus stops also serve as an unintrusive and organic marketing vehicle, and one which customers respond well to in an age of digital saturation. Bus ads also provide a welcome distraction to travellers, making them more inclined to interact with specific brands and messages.

Television advertising is another that has suffered at the hands of digital media, with the latter considered to be a more targeted and cost-effective way of engaging customers. Despite this, many still consider TV to be the most effective method of building brand awareness and exposure, despite its underlying financial costs. 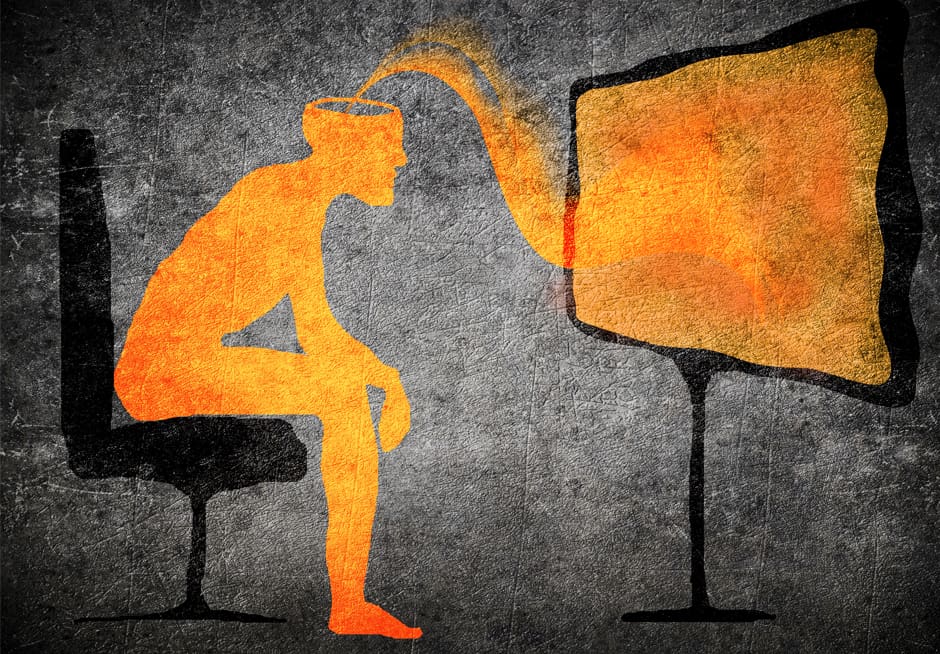 Billboard advertising offers a more than viable alternative, however, and one that is a staggering 80% cheaper than marketing a product on television. The use of traditional billboards can even reduce your costs further, with 48-sheet advert rentals available for as little as £300 per two-week booking (even in prime locations that boast high footfall).

When you also consider that traditional billboards promote a single brand (rather than forcing marketers to share advertising space through digital and TV channels) and are capable of reaching a significant percentage of your target market, the appeal of this medium as a cost-effective awareness building platform is hard to ignore.

We have already touched on the issue of engagement, and OOH advertising is surprisingly effective at enabling brands to drive traffic online. According to data, an estimated 26% of customers have visited a branded website in direct response to seeing an OOH advert, while this figure is likely to rise incrementally as companies adopt integrated marketing strategies and refine their CTAs.

This highlights the folly of adopted a solely digital marketing strategy, as businesses are becoming increasingly aware of the customer journey and the influence of assisted conversions. These represent the numerous channels that a consumer interacts with on the way to completing a purchase, and each can be ascribed a fiscal value to determine their individual importance within a campaign.

By understanding this and leveraging the natural advantages of OOH advertising, your brand can drive traffic online and optimise its overall rate of conversions.

If we drill deeper into this, we also begin to see that OOH is particularly adept at driving mobile engagement for brands. The headline here is that most effective OOH ads were capable of triggering a 38% increase in mobile engagements between consumers and brands, with individual customers also 17% more likely to interact with a brand after being exposed to a billboard, display or poster. 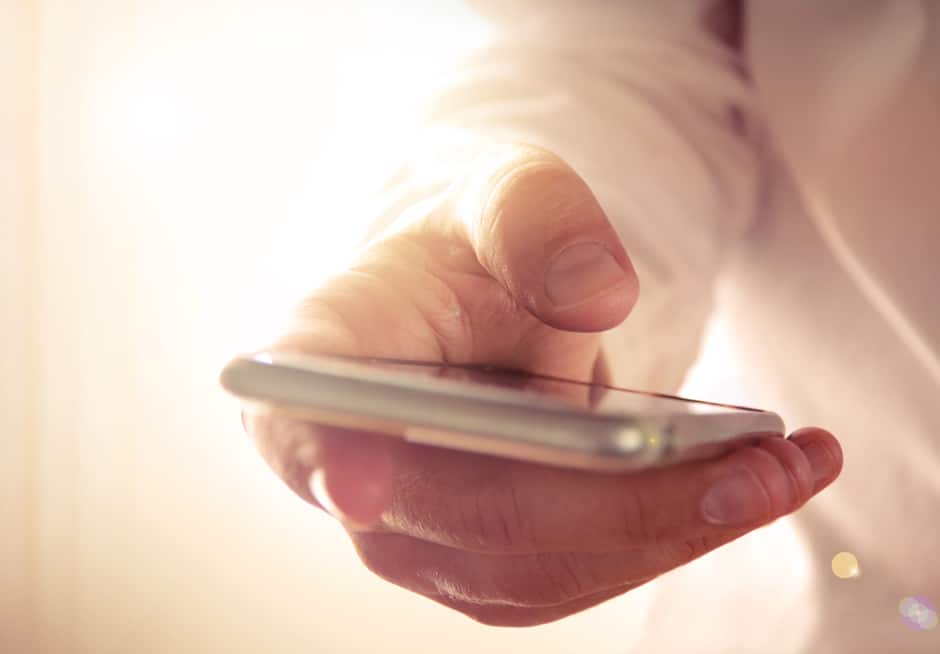 Calls-to-action (CTAs) and messaging are key considerations here, with 66% of interactions being direct to the brand and 57% occurring within 48 hours of customers being exposed to an OOH ad. So by diverting customers directly to your mobile site and utilising messaging that creates a sense of urgency, you can increase your rate of mobile engagement even further.

This principle is tried and tested in the realm of OOH, where the best adverts tend to have a real-time impact in the minds of customers. Remember, 24% of customers claim that they are motivated to visit a physical store or retail outlet on the same day as seeing an OOH message, so it stands to reason that this trend should be continued online.

In some respects, traditional billboards have been seen as the antithesis of technology and innovation. This is far from the case, however, as billboards and other OOH advertising channels are becoming increasingly reliant on data analysis and integration with smart technology.

This topic was explored in greater detail by EE Mobile, who revealed that they could accurately track which users of specific sites and applications had been exposed to particular OOH adverts (taking us back to the concept of assisted conversions that we discussed previously). The study also discovered that unprompted ad awareness doubled as a result of this, while the rate of online searches also increased by around 150%.

This technology can be applied to both traditional and digital billboards, while it also helps brands to create more targeted campaigns in the future. Above all, it lets marketers realise the full potential of their OOH advertisements, regardless of the core objectives they are looking to achieve.

OOH represents one of the fastest-growing advertising channels, both for small businesses and big brands alike.

This is reflected by the bottom line value of OOH advertising in the modern age, with this medium generating total revenue of $7.3 billion across the board in 2015. In the UK alone, OOH adverts turned over £1.1 billion in 2016, with traditional channels accounting for 62% of this revenue.

When you also consider the fact that OOH advertising has a lower cost per thousand than any other type of marketing, the potential profitability of this channel is absolutely huge.

With OOH advertising likely to become increasingly generative and profitable in the coming years, it is important that brands begin to refine their strategies and optimise their spends.

This is a seemingly innocuous stat, but it is one that is likely to delight marketers and the brands that successfully leverage OOH advertising.

More specifically, the fact that 56% of customers talk openly about a funny billboard or OOH advert that they have seen creates the type of awareness and cost-effective marketing activity that brands dream of. Not only does it enable them to organically target new customers without spending additional capital, but it also taps into a consumer mind-set that is increasingly influenced by personal referrals and recommendations.

The key is to create an advert that leverages an emotional hook to engage customers, with humour being particularly effective as it also reflects your brand in a positive light. You must also use consistent and prominent branding throughout the advert, so that customers recognise this and associate this with the core business identity.

When used well and appropriately, it is clear that humorous OOH adverts can effectively promote your brand and enhance its popularity among target demographics.

As these stats suggest, OOH advertising and particularly billboards are extremely effective in the digital age, as they provide a stark and less intrusive contrast to saturated, online channels. They are also an increasingly pivotal element of any integrated marketing campaign, as they build brand awareness and help to drive consumer traffic online.