The UK’s population is set to rise by 3% over the course of the next five years, whilst the number of residents aged over 65 will increase by 9%.

While this creates issues in terms of wealth generation and over-population, it also poses considerable challenges for marketers. After all, while there are numerous products and services that have been designed for older citizens and the higher levels of disposable income levels that they possess, the modern marketers’ penchant for digital channels and failure to embrace other channels may cause them to miss out on this demographic.

In this article, we will look at the divergent groups of retirees that exist in modern Britain, and ask how outdoor advertising and traditional billboards can be leveraged to access these groups.

Understanding the Senior Market, and How to Capitalise

In order to understand how traditional advertising can be effectively used to target older customers, however, brands must first identify the increasingly divergent sets of retirees that exist in the UK today. In fact, there are four distinct groups, each of which has their own unique characteristics and behaviour sets that influence their purchasing decisions.

According to research, this group makes up the largest over-65 demographic, comprising an estimated 4.9 million people. This segment can be best described as including the most traditional type of retiree, who is married, has enough wealth to live independently in their own home and often chooses to retire in a classic, British seaside location.

The traditional values that underpin this demographic extend far beyond this, however, as they have also created a group of people who are risk-averse, less likely to invest in digital technology and more home-oriented than modern retirees. As a result of this, those in the senior security segment tend to have relatively closed minds that are resistant to change and technological advancement, making them unlikely to embrace digital marketing channels in the future.

Studies also show clear similarities between the numerous locations in which the members of this customer segment resides. Bournemouth, Eastbourne and Hempstead Valley are the top three destinations, and these towns are established as traditional and affluent areas that offer a relaxed and peaceful living environment for its residents.

The senior security demographic is not only the largest group of retirees, but it also the most predictable and familiar to marketers. Members of this segment are also among the least likely to be engaged through digital channels, as while an estimated one-in-four seniors  are now active on social media they use this primarily to share images and remain in touch with family members and are unlikely to interact with advertisers.

This demographic boasts traditional values, while they have a resistance to change the way in which they source, research and purchase goods. As a result of this, they are more susceptible to outdoor advertising and strategically placed billboards, particularly those that are placed in popular seaside locations in the south of the UK.

Remember that this group is also home-oriented and unlikely to travel excessively, so there is a need to target more functional areas such as shopping centres, main road and any commercial centres.

Next up is the vintage value segment, which includes a cumulative total of four million retirees. The citizens includes in this demographic differ from those in the senior security group, as they tend to live lone and reside in social or private housing that has been designed to provide care for the elderly. 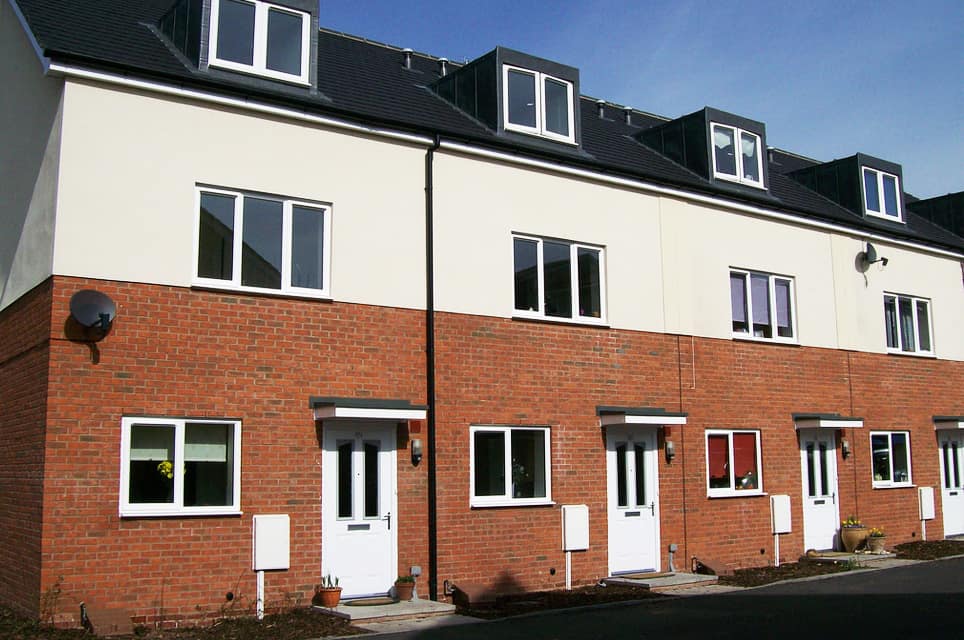 So while the individual within this segment showcase various levels of independence, the majority require at least some form of regular care and everyday living assistance.

As a result of their physical limitations and reliance on social care, the members of this demographic tend to have minimal disposable income (they typically rely on a state pension and are extremely value-conscious) and reside in urban, inner-city locations. In fact, figures suggest that a high proportion of this segment live in the North-east of England and Scotland, with Sunderland the most popular destination for vintage value members.

This is arguably the most restricted and less appealing market for brands to target, either through traditional or digital channels. Despite this, the fact that this demographic remains the least likely to invest in new technology or own a mobile phone means that they are particularly inaccessible through the digital medium, whether you consider SMS, email or social media marketing techniques.

This represents a challenging demographic, and one that is often defined by minimal disposable income, restricted mobility and a lack of financial independence. This creates a value-conscious outlook that prioritises the cost of goods ahead of any other factor, so brands must focus on targeting this demographic with concise messaging relating to price and low-cost OOH techniques such as paper billboards.

In terms of location, it is best to operate within close proximity to social and private housing estates, while placing an emphasis on urban locations in the North of the UK.

If there are significant differences between the first two segments, the next groups are relatively similar and tend to be defined by variable levels of wealth. We start with the so-called Smarties segment, which is an affluent and independent group that has realised their wealth by downsizing a large, former family home.

The spending power of this segment is considerable, and this is showcased by the fact that the majority reside in affluent market towns and villages such as Evesham, Dorchester and Kendal in the Lake District. 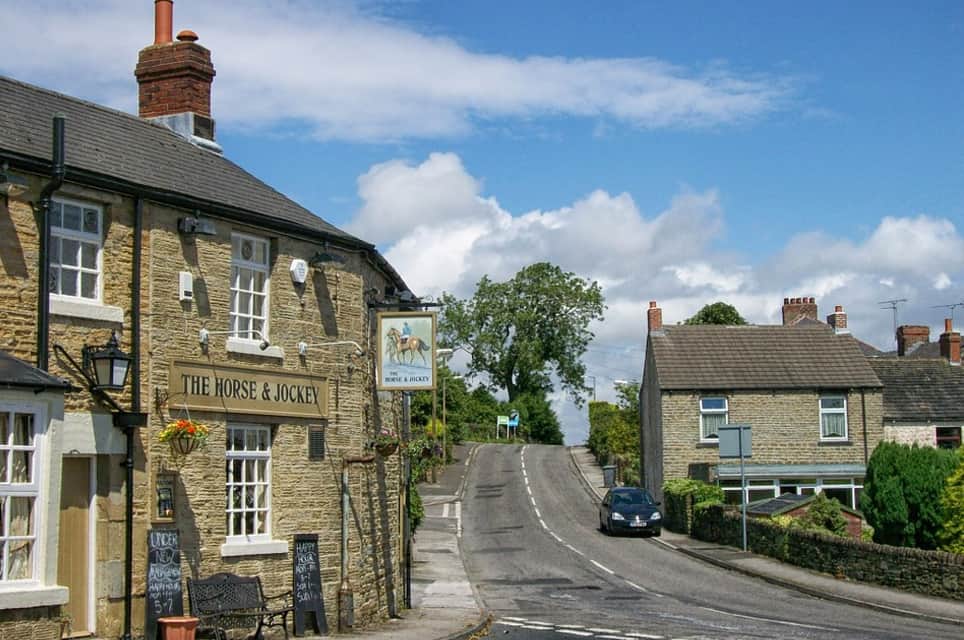 It is important to note that the retirees in this group are not reckless or heavy spenders, however, with their wealth often accumulated through careful investment and stringent financial planning.

This makes for value-conscious customers who are likely to shop in high-end convenience stores and local independent stores, where they can access quality goods but often at competitive and discounted prices.

Another key point about this demographic is that they are active and tend to be in good health, making them more accessible for brands across an array of markets. 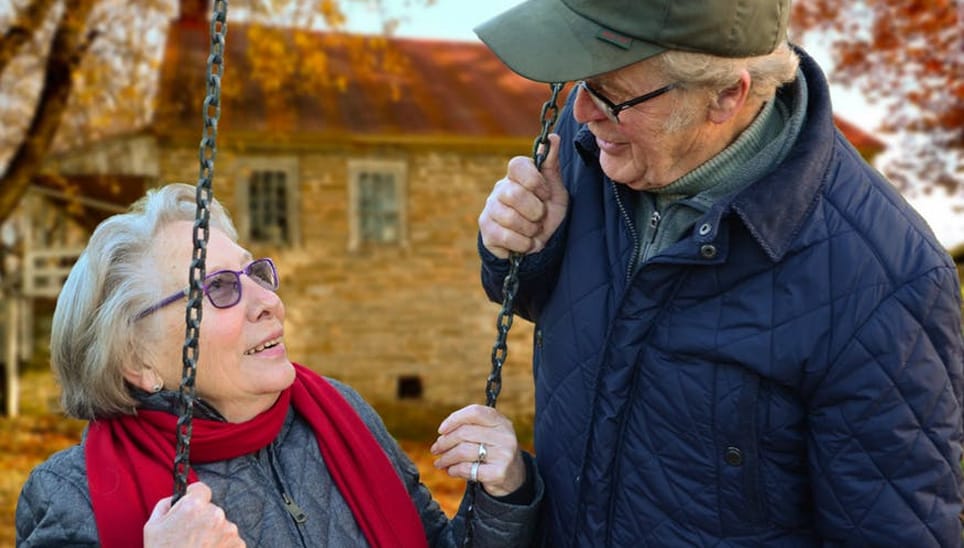 This also establishes smarties as one of the most energised and open-minded senior demographics, who have been empowered by releasing much of the capital that exists in their physical assets.

This is a far more lucrative target market for brands, thanks to its increased disposable income levels, proactive outlook and active lifestyle choices. Once again, outdoor advertising offers a viable marketing vehicle as it is cost-effective and enables brands to optimise their pricing, which can make a significant difference when targeting value-conscious customers with high quality products.

There is also far greater scope in terms of where brands can effectively reach smarties, as their active nature enables companies to place adverts in parks and entertainment complexes in addition to main shopping centres. As a general rule, it is better to target this segment in relatively affluent areas and locations, while the design and presentation of the advert can also be used to convey quality and an underlying value proposition.

We now come to the smallest but arguably most lucrative senior demographic, which is referred to colloquially as ‘Diamond Days’. Comprising of just 520,000 UK citizens, this group boasts incredibly high levels of disposable income and considerable financial independence.

Many of these individuals will have earned large sums of money during their careers, enabling them to pay off their mortgage arrears and eradicate their long-term debt burden. This makes them extremely affluent customers, whose purchases are largely motivated by desire and quality rather than value or potential cost savings.

Another key characteristic of this demographic is that they travel a great deal, as they look to spend large amounts on money on overseas adventures. This reflects a broad and adventurous mind-set, and one which makes for a far less captive and restricted target market.

Interestingly, the members of this group also live primarily along the South-east coast, in lavish locations like Epsom, Maidenhead, Guildford and Farnham. 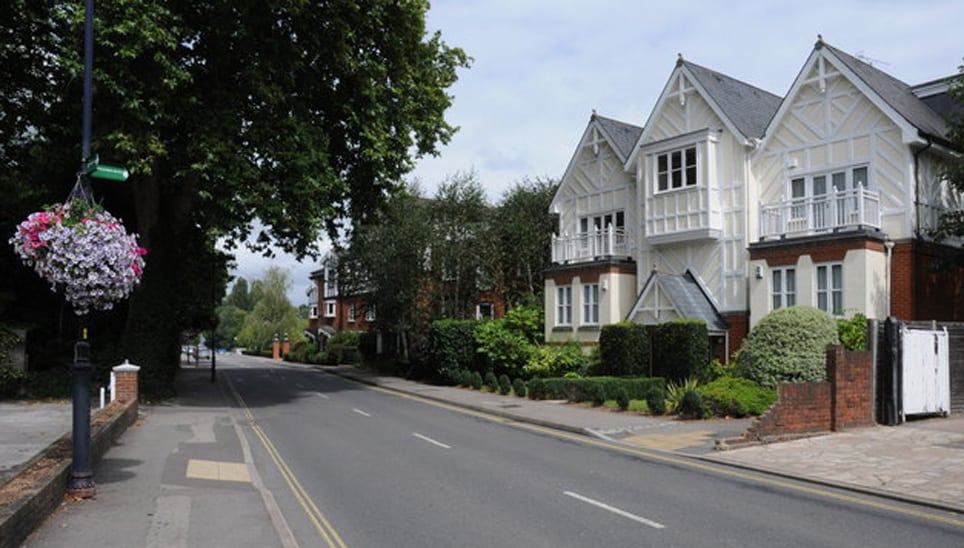 The majority will split their time between this location and sunshine escapes in Europe, where individuals are likely to own additional holiday homes.

For brands that market high quality goods or services, the Diamond Days segment represents a commercial dream. Not only do the individuals in this group boasts high levels of disposable income, but they are also active and generally susceptible to targeted and clearly-defined marketing propositions.

They are also exceptionally easy to target through outdoor and traditional billboard advertising, as businesses can target relatively small geographical areas in the South-east of England to boost lead generation. There is also a unique opportunity to invest in strategically placed adverts (or posters) near airports and train stations, which are regularly frequented by Diamond Days residents and capable of driving high levels of engagement.

According to the last census in 2011, an estimated one-in-six people across England and Wales were aged 65 or over. This figure is sure to rise over the course of the next decade or so, creating a demographic shift that marketers must prepare for.

By understanding the exact nature and continued divergence of the over-65s demographic, it is possible to successfully target an increasingly large and affluent marketplace. Your deployment of outdoor advertising is central to this, as this marketing technique is capable of targeting clearly-defined behaviours and characteristics that are particular to older consumers.

Retailers and brands can build on such data to refine their approach further, particularly in terms of where they place billboards and how they market their products, services and promotions.