How Universities & Colleges Are Acquiring Students With Outdoor Advertising

If you listen to rumours, you could be forgiven for thinking that the level of demand for higher education in the UK had declined during the last five years. This assumption is largely based on rising tuition fees, which have made the process of pursuing higher education increasingly prohibitive from a financial perspective.

The numbers tell a very different story, with the demand for higher education have fallen by just 1% across the UK since 2012. In England, the proportion of 18 years olds who apply to university has actually increased, peaking at a record 37% last year. This has created a genuinely competitive marketplace; in which universities and colleges must work hard (and smart) if they are to recruit the best quality candidates.

In this article, we will consider the role that out-of-home advertising (OOH) can play in attracting aspiring students and influencing their decisions.

Capitalising on the rise of ad-blockers with earnest, sincere messaging

Let’s start with a basic assertion; as OOH remains one of the very best ways for universities (and other higher education establishments) to target undecided students, there are numerous statistics and examples to support this assertion, while the popularity of marketing materials such as billboards and posters among colleges/universities has contributed heavily to consistent growth within the OOH advertising space. 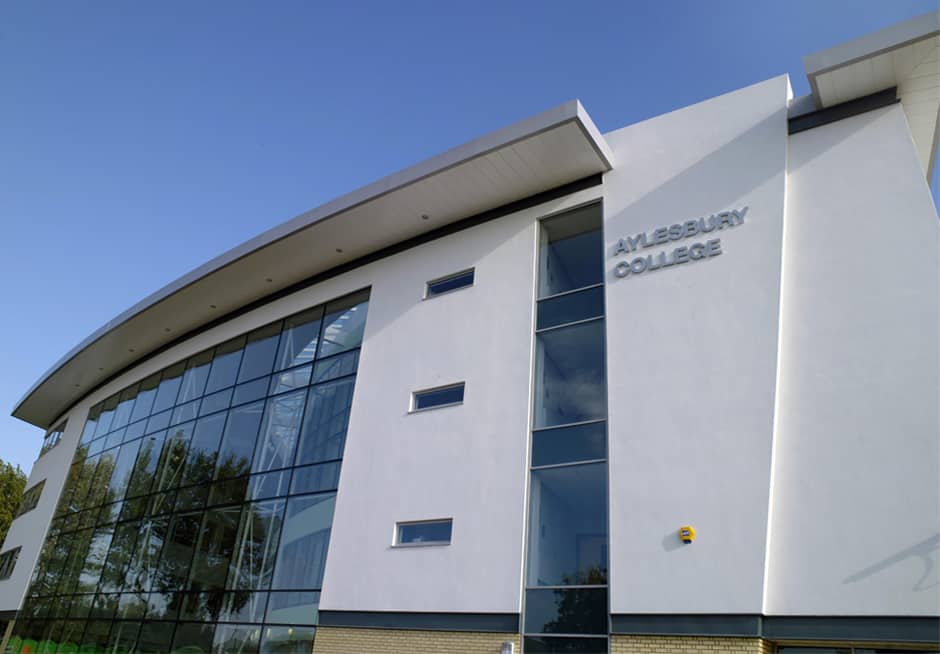 But why are OOH advertising channels so effective at targeting students?

One of the reasons is the genuine level of apathy that exists towards online advertising in the modern age, particularly among younger consumers and the increasingly influential Millennial demographic.

According to data from Anatomy Media, most Millennial Internet users have installed an online ad-blocker on at least one of their devices. After surveying 2,700 adults aged between 18 and 24, they found that 46% of respondents used an ad-blocker on their desktop device, with a further 31% installing one on their smartphone or tablet. While just 14% blocked ads on both devices, this had more to do with how respondents consumed online data and their unique behaviours (rather than a preference for browsing adverts on one device over another). 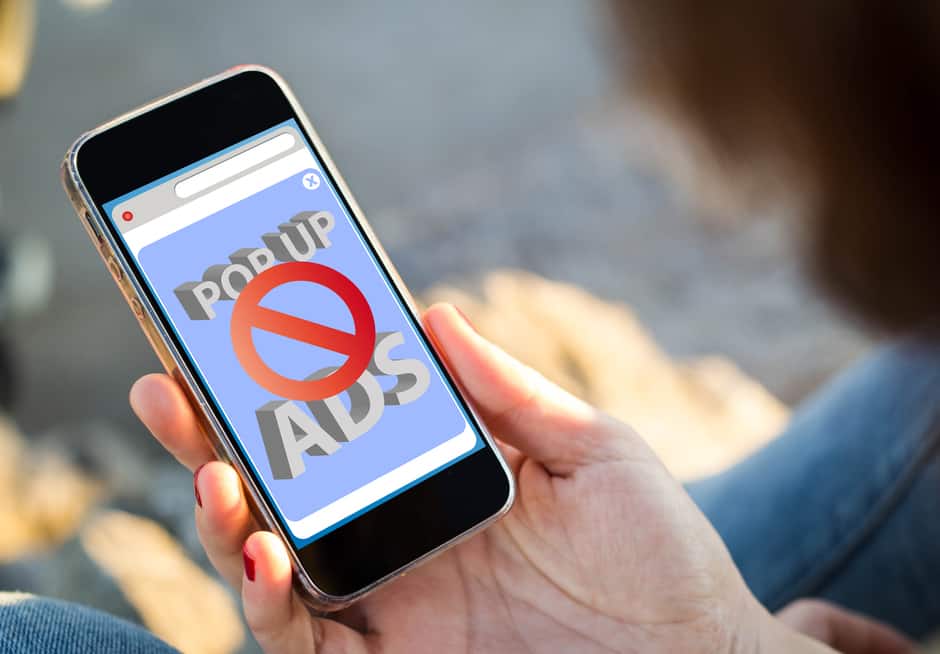 This is a trend that remains prevalent across the global market, as Millennials and students have become increasingly reluctant to engage with online adverts. Much of this has with the way in which the Internet has become saturated with online ads, making it more difficult for brand messages and identities to engage potential customers. Similarly, the often-intrusive and unsolicited nature of online ads has bred apathy in some, while also creating a genuine sense of cynicism.

In contrast, OOH adverts have the capacity to blend into their environment, creating a far more natural and engaging proposition for younger target audiences.

When supplemented with honest and heartfelt messaging, this can creating a winning combination that allows universities & colleges to engage students on an emotive level. 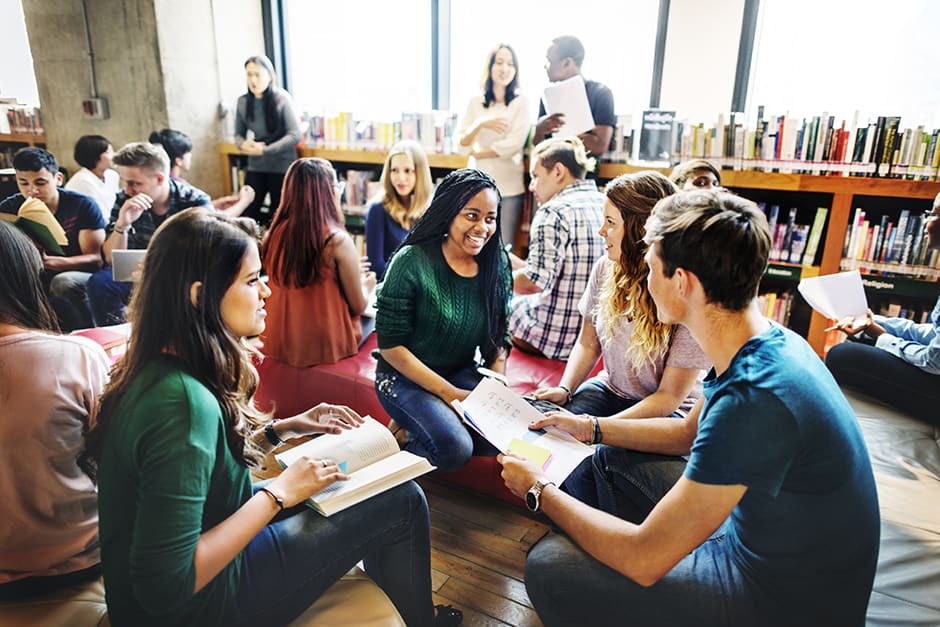 The University of San Francisco have embodied this principle, while using OOH to exemplary effect. After recognising that their establishment lacked the prestige and the resources of established rivals like Stanford and Harvard, they embarked on a stripped back billboard campaign that relied on effective targeting and earnest messaging. This involved deploying large, billboards with slogans like “Learn to run a multinational corporation and still go to heaven,” and “There is no moral compass app” established a striking proposition that would resonate with the current generation of students.

This not only tapped into the growing apathy towards online ads and cynical marketing practices, but it also drove a 12% increase in unaided awareness and boost the universities engagement levels through social media.

This unique marriage of medium and message is also exceptionally effective at targeting parents, who tend to respond well to traditional advertising techniques and concise messaging that has a serious tone.

When you consider the role that some parents play in vetting universities for their children, this represents a huge benefit that can be accessed through OOH.

Above all else, it also highlighted how OOH advertising can leverage precise student behaviours and prevalent trends to engage students and boost conversions for universities & colleges.

Making the most of unconventional space and established student behaviour

The concept of student behaviour is an interesting one, particularly when it comes to how they spend their time. After rent, studies suggest that out-of-home entertainment represents the single biggest expense for most students, with an estimated £874 spent on this each and every year. With students most likely to be found on the move and outside of the home, OOH adverts and billboards have considerable merit in 2017.

Not only this, but perhaps the single biggest advantage of OOH adverts is that they can leverage unconventional space, including the sides of buildings and uncluttered roadsides.

This means that billboards and posters are particularly effective at targeting a students whilst they are on the move, relaxing at park gatherings or simply eating out at their most favourite restaurant.

One campus to truly recognise the benefits of OOH was Concordia University, which created an entire outdoor media campaign that engaged potential students at multiple points during the day. From prominent, large-scale billboards to bus station ads and transit shelter posters, the OOH adverts were designed to interact with students as they went about their day, whether they were commuting to school or gathering with friends at the local shopping centre in the afternoon. These individual but consistent adverts had a cumulative impact in the students’ mind, creating a sense of authority and helping to influence decision making.

This campaign also enabled the university to target as many potential students as possible during the course of the day, by acknowledging proven behaviours and utilising an array of advertising spaces to promote their brand message and proposition.

This type of campaign could also be tailored to suit alternative times of the year, to account for periods of enrolment and recruitment. So while you would maintain an OOH advertising presence all-year-round, you could increase your spend prior to an enrolment window and scale your efforts to include large, 96-sheet billboards on campus and at prominent, roadside locations. Along with a successful call-to-action (CTA), this type of marketing can also be used to promote open day ahead of time and drive a desired response from those within your audience, unlike schools who’s focus is purely on a local demographic, universities have the advantage and luxury of advertising their concise message further afield to raise awareness, attract, and convert more students from around the country.

Our final thoughts: why OOH adverts are tailor-made for Universities & Colleges

Make no mistake; while OOH advertising has always offered natural advantages to universities & colleges (such as reach and cost-effectiveness), this practice is now more impactful than ever before. This is thanks largely to the prevailing behaviours and attitudes of Millennials and students, who, unlike baby boomers, understand modern technology and are increasingly resistant to online advertising and therefore, constantly on the move during the course of the day.

These trends and behaviours are only going to become more prominent in the years to come, so now is the ideal time to change your approach to OOH and increase your spend. This will prove crucial, especially if you are to effectively target the most talented students in an increasingly competitive market.