The Psychological Impact of Billboard Advertising

Let’s face facts; you can spend as much as you like on marketing, but if you’re unable to understand the thoughts or actions of your customers it’s unlikely that you’ll achieve a suitable return on this investment.

This is why an appreciation of psychology is central to all successful marketing campaigns, with subtle techniques such as priming, which enabling brands to drive recognition and reinforce key messaging in the minds of consumers.

The psychological impact of billboard advertising is particularly pronounced, and this is largely thanks to the unique nature of this channel and the way in which customers engage with it. We’ll explore this below while asking how billboards can directly influence conversions!

Across both traditional and digital platforms, it’s estimated that at least 71% of the population regularly look at billboards and consciously processed the featured messaging.

In fact, it can be argued that 48 or 96-sheet roadside billboards offer an even higher engagement rate, thanks to their larger format and ability to capture high volumes of traffic

According to some psychological studies, however, it’s also fair to surmise that billboards are capable of engaging customers whether they’re consciously looking at an advert or not.

While this may seem strange, it can be explained by the incredible processing abilities of the unconscious mind, which can comfortably process up to 11 million pieces of information per second.

By contrast, the conscious mind can process just 40 pieces of data during the same period of time, making it less capable of handling large volumes of information in real-time. 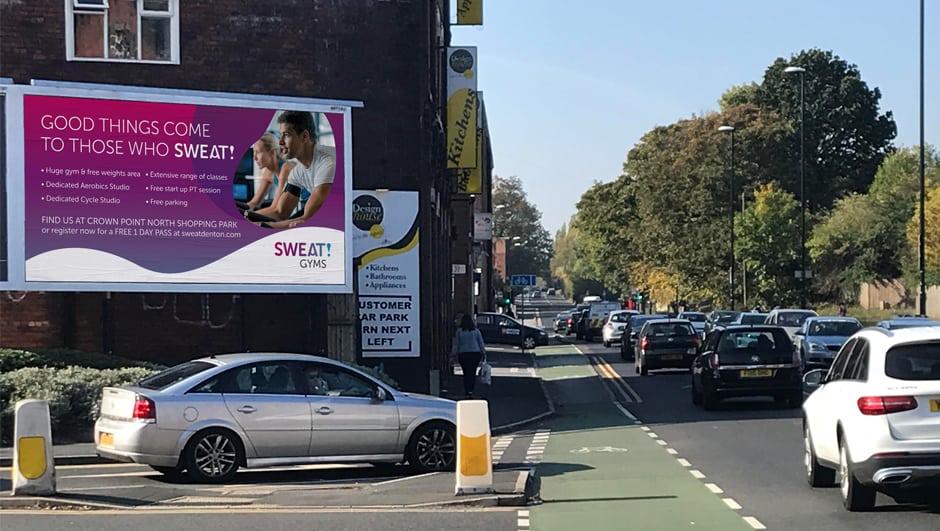 In this respect, the subconscious mind is like a sponge, which continues to absorb information from our surroundings and the natural environment that encompasses us.

Given that billboards have the advantage of blending naturally and seamlessly into the surrounding environment, it’s clear that customers are susceptible to messaging delivered through this channel whether they’re aware of it or not.

This also negates the tendency of the conscious mind to censure information, depending on its nature and the source from which it has been derived.

It’s this instinct that has made customers increasingly suspicious of online advertising, with digital channels having become more saturated and intrusive in recent times.

In fact, 91% of people say that online ads are more intrusive today than they were three years ago, and there’s little doubt that the organic nature of billboard advertising makes it easier for brands to target customers effectively with their messaging.

Billboards can Trigger an Emotional Response

If brands are to successfully engage their customers, they need to invest in messaging and marketing channels that can elicit an emotional response.

The importance of this is borne out by statistics, which suggest that emotions are the driving force behind approximately 50% of all buying decisions.

This suggests that customers do not always give rational thought to the purchasing decisions that they make, with the feelings generated by creative advertising and channels like billboards having a significant influence on the subconscious mind.

Interestingly, most of the feelings experienced by humans are also associated with deep psychological needs, such as thirst, hunger and an underlying desire for belonging. Marketers are subsequently able to target these through billboards, thanks to their prominent nature, use of compelling imagery and ability to share narratives that demand a response. 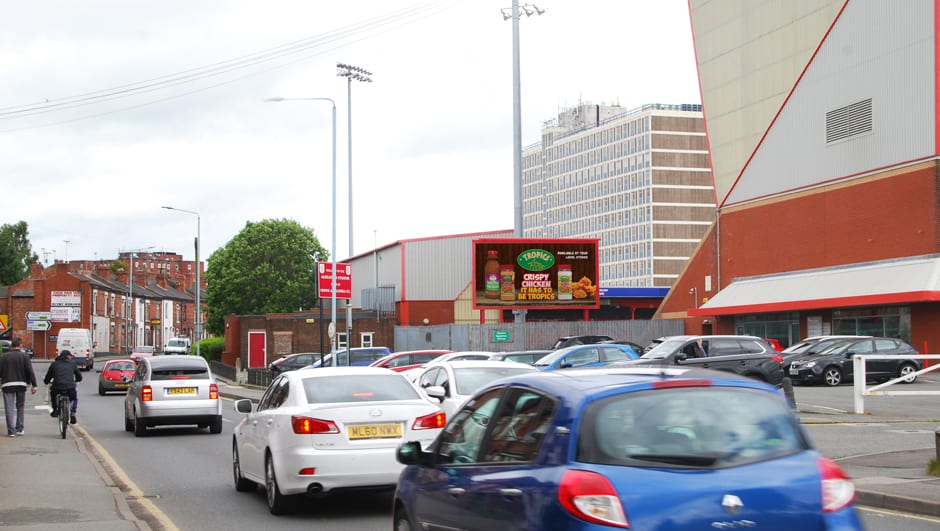 We’ve some spectacular executions of emotive billboard advertising in recent times, including a campaign for Kiwi shoe polish in 2017. This saw the bottom halves of famous artworks reimagined to show the subject’s shoes, while the adverts were combined with an exhibition and humorous audio tour that introduced the brand into the narrative.

This tapped into a potential customer’s passion for art and their unique sense of humour, whilst using these emotions to build brand awareness and forge more meaningful relationships between the client and its consumers.

On a final note, there’s no doubt that billboards are best served by evoking positive emotions, with some studies suggesting that around 56% of customers are engaged by and talk openly about a humorous billboard or OOH advert that they’ve seen.

As humans, we tend to be resistant to change, even those that have the potential to be positive for us.

This is because we’re naturally inclined to do the things that make us feel content, secure and innately comfortable, rather than trialling new things that exist outside of our comfort zones.

This mindset has a considerable influence on the outlook of consumers, with a study by the marketing agency Red C discovering that shoppers heavily prioritise brands that they’re already familiar with. In fact, 82% of customers who undertook a shopping-related task online chose a familiar brand to complete their purchase, while just 16% favoured an unknown entity.

This trend is also prevalent offline, as shoppers immediately seek out brands that they know and trust to help them solve their consumer queries. 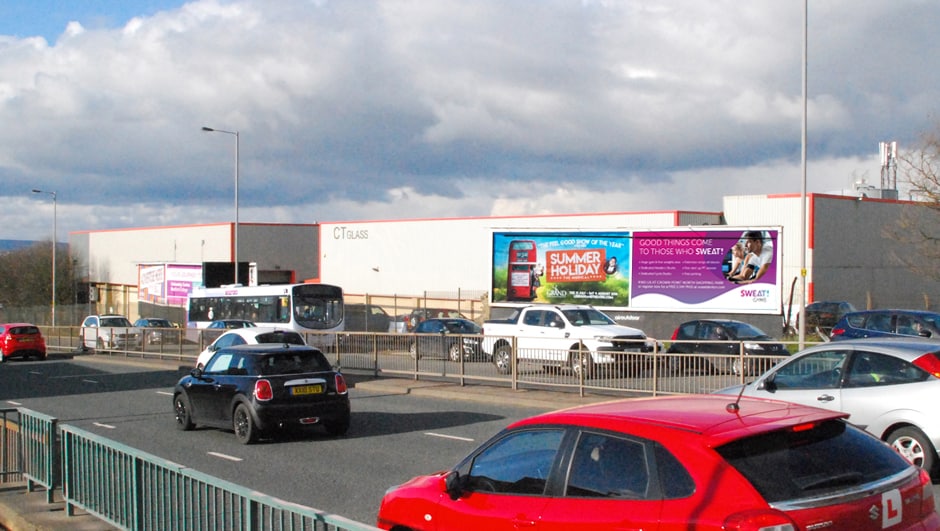 This is where outdoor advertising comes into play, as larger-than-life billboards placed at strategic locations help to build brand awareness and drive recognition over a prolonged period of exposure.

Brands can also optimise the effect of billboard advertising by leveraging traditional ads, as they don’t rotate alternative messages and increase the amount of exposure that’s afforded to their messaging.

Not only this, but research from Nielsen also confirms that outdoor advertising is established as one of the most trusted advertising mediums, particularly when compared to online channels. An estimated 56% of customers implicitly trust this medium, while a further 58% are inclined to take direct action after viewing an ad.

With these points in mind, we see that billboard advertising is a trusted and highly visible channel. As a result, it’s capable of both engaging customers and building loyalty over time, which in turn translates into a higher rate of conversions for brands.

Billboards Allow you use Colour to your Advantage

We’ve already touched on the benefits of large format billboards, which provide a vast canvas on which to share impactful messaging and compelling imagery.

Large format billboards can also be brought to life with the use of vibrant and eye-catching colours, so long as they relate to the brand’s visual identity and its existing palette.

This means that large format billboards also represent the ideal channel through which to leverage the psychology of colour. This is something that has been well-known to online businesses for more than a decade now, with a number of cultural, psychological and physical factors impacting on the choice of brand and website colours.

In simple terms, companies can make strategic colour choices that directly influence the minds of customers and elicit a specific response, depending on the purpose of the advert and its key messaging. 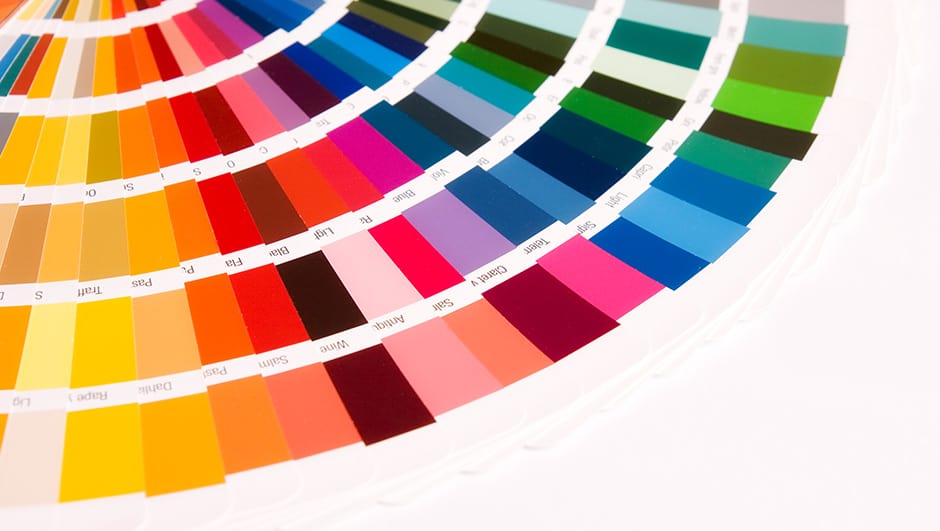 When promoting a limited-time offer through your billboard ad, for example, the colour red can be deployed to create a sense of urgency among consumers and compel them to take advantage of the promotion.

This, when combined with an active tense and concise messaging, can optimise the amount of conversions triggered by the advert amongst your target demographic.

In contrast, burgeoning or professional brands who are looking to build awareness should look to integrate the colour blue into their billboard. This colour creates keen sense of trust and efficiency, while it’s also a calming shade that encourages more considered decision making amongst customers.

For bolder and more outgoing brands using the billboard medium, the colour yellow is an increasingly popular choice that epitomises confidence, positivity and high self-esteem. Home or domestic products can benefit from the use of the colour green, as this elicits feelings of harmony, refreshment and comfort.

This knowledge is central to every successful billboard campaign, as you strive to create an effective colour palatte that’s targeted and compatible with your brand’s identity.

It’s also important that you create balanced and well-designed billboards that have been thoroughly thought out while recognising the negative connotations associated with some shades when they’re used excessively.

While there are psychological connotations associated with every type of advertising, few mediums are as impactful on the human mind as billboards

This is largely thanks to the unique and inherent advantages associated with billboards, which are large, meld seamlessly with their natural environment and capable of building trust and familiarity among consumers.

On a fundamental level, this makes billboards ideal for achieving a number of core marketing objectives, including the cultivation of brand awareness and long-term customer loyalty.

At the same time, it’s an excellent channel for optimising sales conversions, while subtly directing customers to take any number of desired actions.