Thinking vs. Feeling: The Psychology of Advertising

After the seismic geopolitical events that rocked 2016, it’s little wonder that Oxford Dictionaries selected “post-truth” as their word of the year. This refers to circumstances where objective facts are less influential in shaping public opinion than appeals to emotion and individual faith, creating a scenario where people manufacture their own realties according to their feelings.

Whilst this may be an alarming social development, it’s built on a principle that has shaped the world of advertising for decades now. Make no mistake; marketers regularly create emotional hooks to sell their products more effectively, rather than simply relying on critical thinking and objective facts.

The psychology of advertising is deceptively complex, however, particularly as we’re exposed to an incredible number of messages across various channels in the digital age. In this post, we’ll consider the impact of facts and emotion on advertising whilst asking which provide marketers with the best possible chance of standing out.

Market Saturation and the Rise of Digital Advertising

The advent of the Internet and the World Wide Web has opened up several new and exciting channels for marketers, from social media and paid advertising to blogging.

However, this has arguably led to the saturation of the World Wide Web with sponsored messages, with an estimated 5.3 trillion adverts published online every single year.

Overall, the average person is now exposed to approximately 5,000 adverts each and every day, with this number having increased from just 500 back in the 1970s and before the advent of online technology.

The saturation of this space with digital ads has had an interesting impact in the minds of modern-day customers. More specifically, it has caused consumers to become increasingly sceptical and unresponsive to the avalanche of online ads that engulf them every single day, with a staggering 57% of global Internet users claiming that they either close out these messages manually or deploy specialist blocking software to do this automatically. 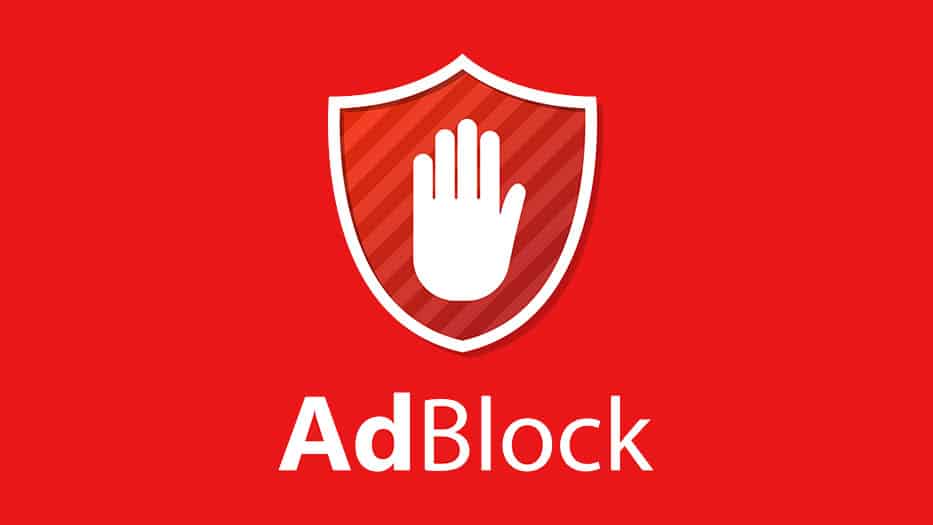 So, whilst 93% of connected citizens across the globe use the Internet on a daily basis, more than half of these individuals are not responding to online ads or the sponsored messages included within them.

For those customers who do engage with online adverts, brands are required to work considerably harder to capture the attention of consumers and sell their products effectively. This has arguably triggered an increase in the prevalence of emotive advertising, as marketers look for quicker and more effective ways of engaging customers and selling their products.

This means eschewing objective facts and creating emotive hooks that resonate with consumers, whether this is an image, some music or a heart-warming narrative that’s relevant to a particular product.

Emotive vs. Objective Adverts – Examples and the Underlying Psychology

If you were ever to browse the literature on the benefits of emotive advertising in comparison with fact-based campaigns, the chances are that you’d see some largely inconclusive results.

This is because there are several variables in play at any given time, with two of the most impactful being the type of product on offer and the core target demographic.

In terms of the former, a body of studies have shown that we relate to rational and informative ads when buying essential and functional products, such as medicine or household appliances.

Conversely, we’re far more receptive to emotional ads when purchasing recreational or luxury goods, like clothing, perfume and even cars. This makes sense, as it provides marketers with an opportunity to build engaging and even aspirational campaigns that drive a high rate of sales conversions.

A further study by Aimee Drolet, Patti Williams & Loraine Lau-Gesk also tapped into the impact of different types of advertising on specific demographics. More specifically, it was discovered that younger customers prefer emotional adverts for hedonic products like beer and fact-based messages for utilitarian alternatives, whereas older consumers tend to favour affective campaigns for every type of purchase.

Given that emotional advertising is popular across a wide range of demographics and product types, it should come as no surprise that this is widely practiced by brands from across the globe. It’s also interesting to note that this type of advert is also the most effective, with a 31% success rate compared to just 16% for objective and fact-based messaging. 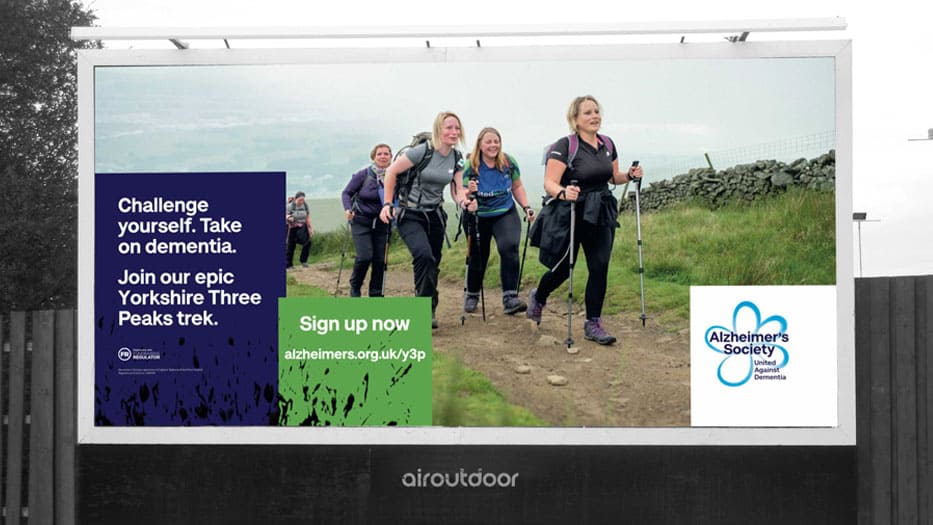 There’s good reason for this too; as the emotional response to an advert’s theme rather than its actual content is known to have a tremendous influence on a customer’s intent to buy a particular product.

After all, like ability is the most predictive measure when determining whether or not an ad is likely to increase the sales of a particular product, so creating a targeted emotive hook can afford brands a true competitive edge over their rivals.

Several successful campaigns have embodied this principle throughout the ages, with Dove’s series of “Real Beauty” adverts one of the most prominent. Within this campaign, the brand created artful videos and imagery that was designed to empower women and encourage them to feel good about themselves, whilst eliciting emotional responses from a wide range of female demographics.

At the heart of this campaign was the desire to create an underlying sense of happiness and contentedness amongst customers, which simultaneously established a scenario where the brand became synonymous with these inherently positive feelings.

Coca Cola’s so-called “Happiness Factory” campaign achieved a similar objective, and since the 1960s the brand has cultivated a strong connection between its core products and a joyful life experience.

With this particularly campaign, Coca Cola took the simple but effective approach of promoting its Coke product in a happy social setting, in which friends and families interacted with one another whilst drinking the refreshing beverage.

So, rather than trying to promote Coke on the back of its unique selling points and objective facts, the brand’s long-term marketing strategy has seen it become synonymous with positive emotions and the fun experiences that define their customer’s lives.

Interestingly, we can see here that these two successful affective ad campaigns leverage different themes in the form of empowerment and happiness, and this taps into the versatile nature of emotive marketing messages.

This enables brands to leverage different emotive themes depending on the nature of their demographic, with pride, accomplishment, love and loneliness also thought to be successful narratives for advertisers.

Whilst the psychology of advertising is a fascinating study, at this stage you may be convinced that affective campaigns are more impactful in the minds of consumers.

However, it’s arguable that the most successful ads boast a broad emotional and cognitive appeal, as this enables brands to leverage facts and aspiration messages to successfully persuade customers.

This, along with a couple of other strategic ideas, can help you to create winning campaigns that really leverage the psychological power of advertising. Here are some tips to help you on your way:

If you’re looking for a successful campaign with broad appeal, you should look no further than Unilever’s exceptional “Dirt is Good” series of adverts.

This campaign was driven by detailed research and insight into customer behaviour, which revealed that consumers did not dislike stains and dirt as much as advertisers tend to assume.

Using this fact-based research as a platform, Unilever launched a campaign that discussed stains and dirt in the context of parenthood and the everyday experiences of kids. As a result, thy successfully combined facts, persuasion and emotion to engage their audience and successfully sell targeted products.

This is a great lesson for advertisers to heed, as it enables them to successfully reach a wider range of potential customers whilst also targeting specific emotions from a position of strength and knowledge.

Don’t Underestimate the Importance of Colour

From the perspective of affective advertising, it’s clear that colour should play a key role in the effectiveness of individual campaigns.

After all, we’re all aware that different colours can prove various feelings in an individual, and the psychology behind this principle is something that drives everything from branding to omni-channel advertising.

Colour also plays a strong role in conversion rates, with tones such as red particularly effective as they create a genuine sense of urgency amongst customers. Studies have also proven that changing a call-to-action button on an online advert from green to a vibrant yellow achieves a similar objective, increasing conversion rates by an average of 14.5% in the process.

It’s also though that adding a coloured border to a Facebook ad will double the click-through rate, so the strategic use of different hues can really boost the emotional effectiveness of your campaigns.

Just try to maintain a consistent colour palate across all ads and each market channel, as this helps to drive brand recognition in a competitive marketplace.

As we can see, the psychology behind advertising is a complex and fascinating study, and one that draws an interesting contrast between the nature of emotional and fact-based messages.

Whilst the very best campaigns boast a broad appeal that combines both emotive and rational elements, there’s little doubt that affective adverts are becoming increasingly impactful in a saturated online marketplace.

This trend is only likely to continue in the future, as emotional adverts enable brands to immediately engage their target audience and create the type of positive response that builds loyalty over time.