What is the Purpose of Billboard Advertising?

The out-of-home (OOH) advertising spend continues to rise in the UK, with digital channels dominating this market. Make no mistake, the DOOH spend will increase by nearly 10% during 2019 alone, whilst accounting for 54% of the total amount invested in outdoor advertising budgets.

Whilst digital billboards may be increasingly dominant in the marketplace, however, we’ve seen a general increase in demand for all outdoor advertising channels. This includes traditional billboards, which can play a pivotal role in any integrated marketing campaign and drive assisted conversions across multiple channels.

In truth, billboard advertising is multi-faceted in its nature, as it can be used to achieve a number of core marketing and strategic objectives. These include:

Whilst major brands tend to be preoccupied with digital marketing channels in the modern age, platforms such as social media and email are tailored to drive immediate and measurable actions from users.

In contrast, offline channels such as billboards and television are more compatible with the principles of brand advertising. This is why they’re favoured by globally renowned corporations such as Apple and Coca-Cola, who leverage billboards to establish a connection with large target audiences and drive brand recognition over time.

Billboards are particularly effective for the purpose of brand awareness, and there are a couple of important reasons for this.

Firstly, billboards offer brands far greater exposure amongst their target customers, from 96-sheet roadside ads to smaller bus and train station posters. The statistics suggest that bus shelter adds reach up to 92% of the UK population every week, whilst a staggering 71% of customers remember the billboards that they see on a daily basis. 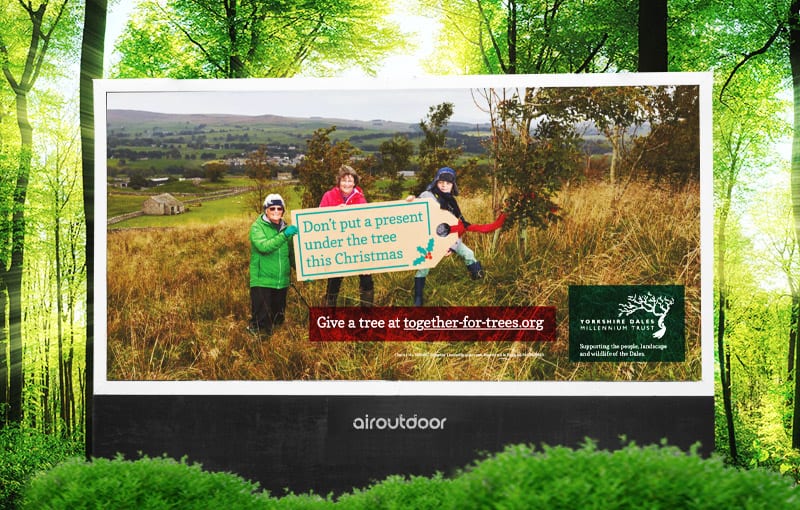 Secondly, an estimated 57% of customers trust the messaging that they see on billboards, compared with just 44% for search engine ads.

This partially negates some of the cynicism associated with brand advertising, enabling companies to build trust through billboard messaging and forge long-term relationships with their customers.

Of course, television was historically the go-to platform for building brand awareness, but a sustained decline in traditional viewing figures has changed the landscape for advertisers.

Brands are certainly struggling to target younger customers aged between 16 and 34 through television, with the number of linear ads seen by the demographic having fallen by a fifth in the year ending March 2019.

Not only this but billboard advertising costs around 80% less than marketing through television, meaning that it’s capable of delivering a far greater ROI to brands.

If you’ve ever heard of unicorn marketing, you’ll know that this refers to a data-led approach that focuses on how content performs rather than a pre-written set of rules.

So, rather than attempting to meet arbitrary quality content guidelines relating to structure, length or subject matter, you’ll utilise material that’s impactful and drives high levels of engagement amongst your target audience.

The principles of unicorn marketing are certainly compatible with billboard advertising, with a number of highly-successful campaigns having been underpinned by controversial and incredibly topical content that many brands would typically shy away from.

One prime example came back in 2015 when Protein World’s infamous ‘Beach Body’ campaign hit London and New York. The content itself featured a bikini-clad girl with the slogan “Are you beach body ready?”, in a bid to promote its range of health supplements and a healthier lifestyle in general.

Despite its aspirational premise, however, the campaign met with a fierce backlash from feminist groups, who accused it of fat-shaming and insinuating that there’s only one type of acceptable beach body. Some billboards were even vandalised, as the campaign went viral and generated high levels of engagement.

As a result of the controversy and publicity generated, Protein World recorded a £1 million profit from a campaign that cost just £250,000, boosting both sales and brand awareness in the process.

From a non-commercial perspective, political activists Led By Donkeys have also ran an incredibly successful and controversial campaign aimed at exposing the lies surrounding Brexit. 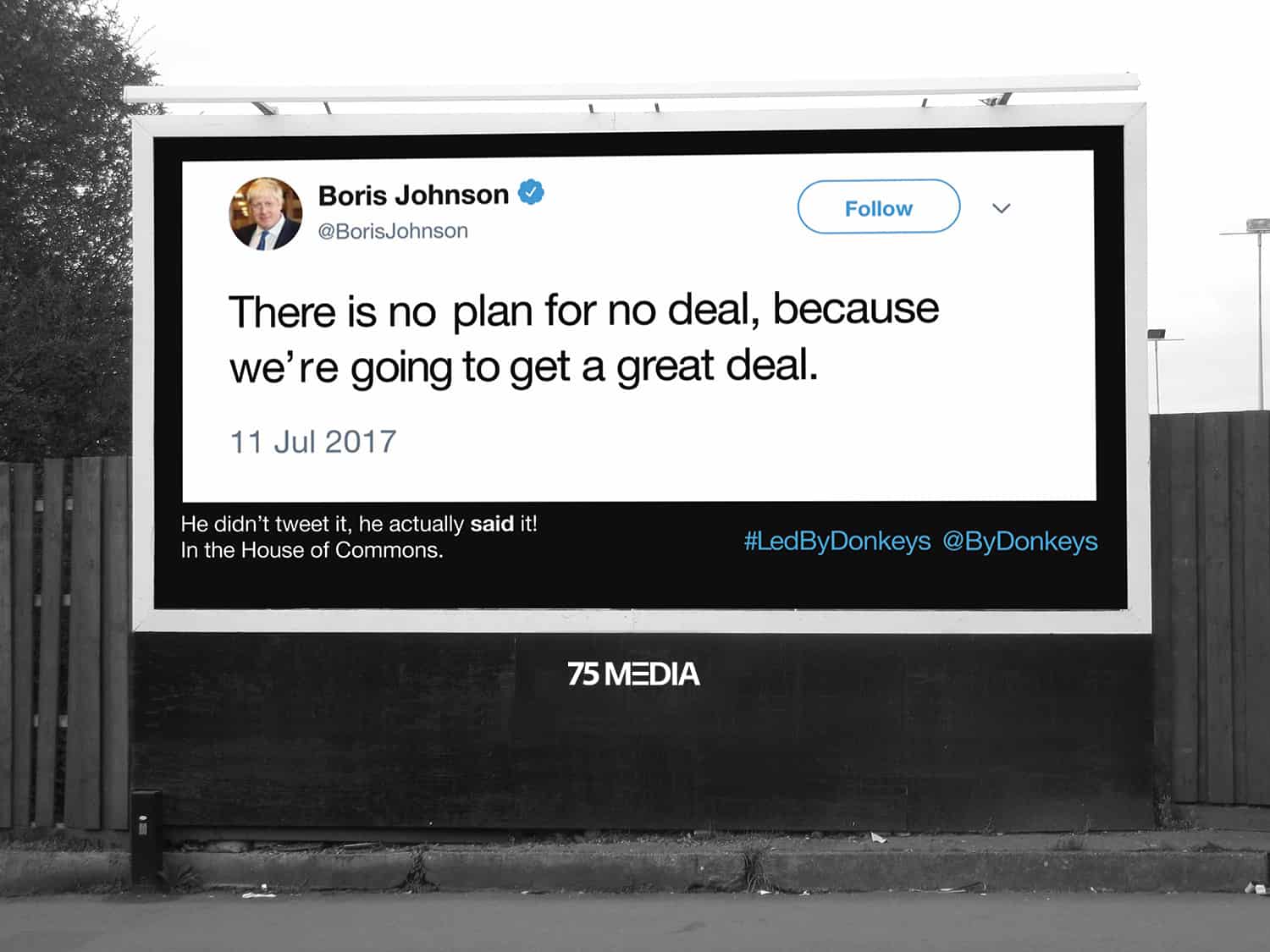 By turning Tweets into 48-sheet billboards and positioning these in the relevant MPs constituencies, the group have achieved extremely high levels of engagement whilst also raising awareness of the duplicity that underpinned the entire Leave campaign.

As these examples prove, the accessible and larger-than-life nature of billboards can be extremely captivating, making them more than capable of disrupting industries, creating talking points and creating just the right level of controversy.

Few marketing channels are as versatile as billboards, with both traditional and digital ads capable of adding value at different stages of your advertising campaign.

So, whilst we’ve already spoken about how billboards work exceptionally well as part of a brand advertising campaign, they can also be used to sell products (or services) directly and compel customers to take immediate action.

There’s plenty of evidence to support this too, with billboards renowned as key drivers of assisted conversions and a high volume of online interactions. This is particularly relevant in the world of social media, where OOH media and billboards drive more activations that television, radio and print. 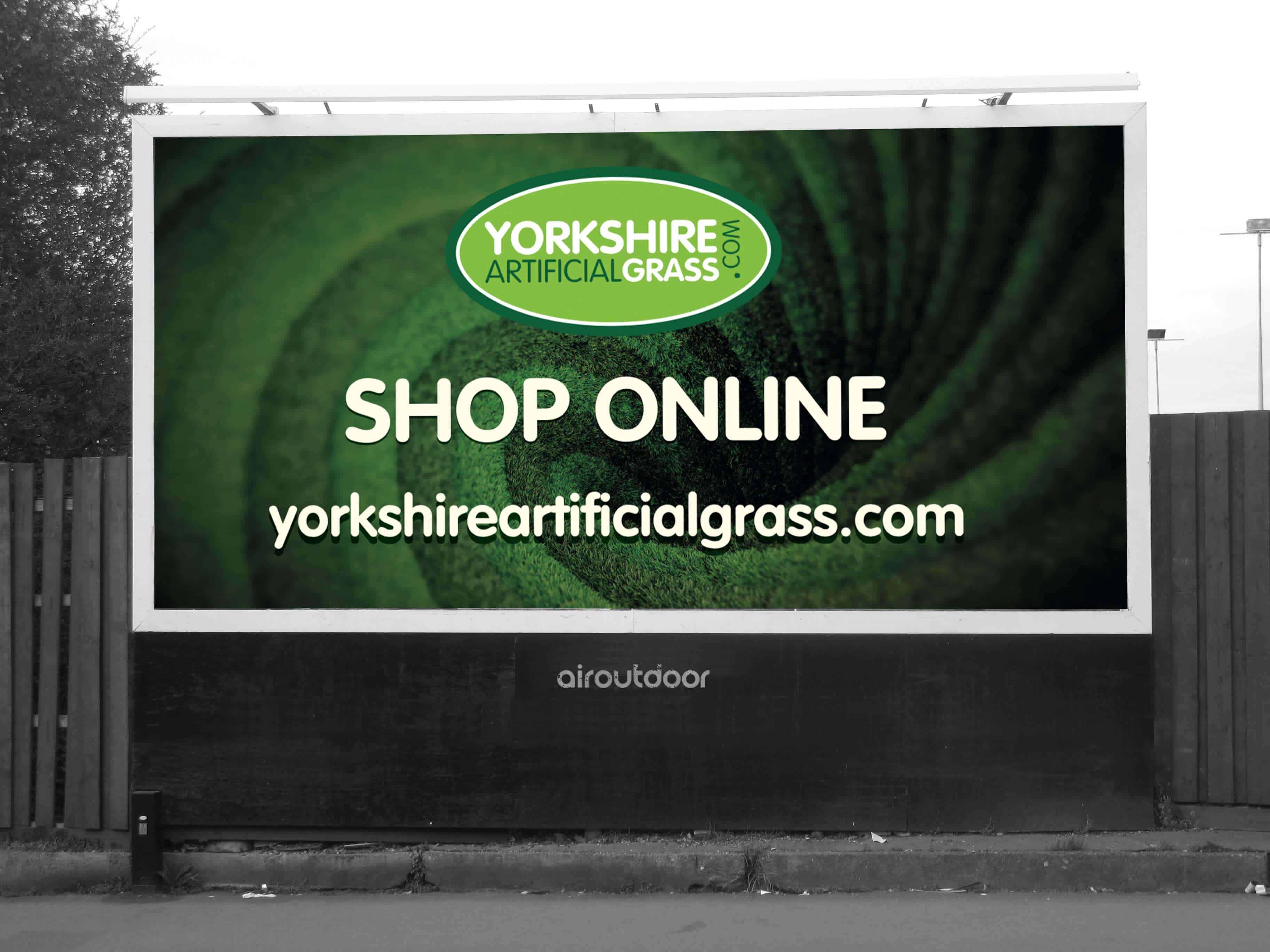 In the U.S., for example, 23% of residents aged 18 or over have interacted with a brand on Twitter after seeing a billboard, compared to 22% of TV viewers. Similarly, 25% of respondents have posted something to Instagram after interacting with OOH media, with this number declining to 22% amongst television viewers.

This reaffirms that idea that younger viewers are more likely to be targeted through billboard messaging than television advertising, with this trend likely to become increasingly prominent in the years to come.

Recent studies have also shown that people who see a billboard are 17% more likely to engage with a brand through their smartphone, creating the potential for impulse purchases and a significant hike in sales conversions.

So, what are the key takeaways from these findings? Well, it’s clear that billboards can help to drive higher levels of engagement between brands and their customers, which in turn translates into an increased rate of interactions through social media channels.

This type of assisted conversion increases the likelihood of an online sale, and in this respect, brands are beginning to realise the true value of billboards as product marketing tools.

We’d also argue that billboards are particularly effective when it comes to advertising products or ranges (as opposed to services), simply because larger-format ads are ideal for presenting stunning visuals that really capture the imagination of customers.

If we consider the versatility of billboard advertising and its ability to market specific products directly to customers, it stands to reason that the channel should also be used to promote an event.

Aside from the clearly engaging nature of billboards and their high levels of visibility, this type of ad can also be strategically placed to target core demographics within a specific geographical region.

In simple terms, this means that organisers can focus on marketing their event to interested locals, in a bid to optimise their marketing spend and increase the eventual return on this investment. 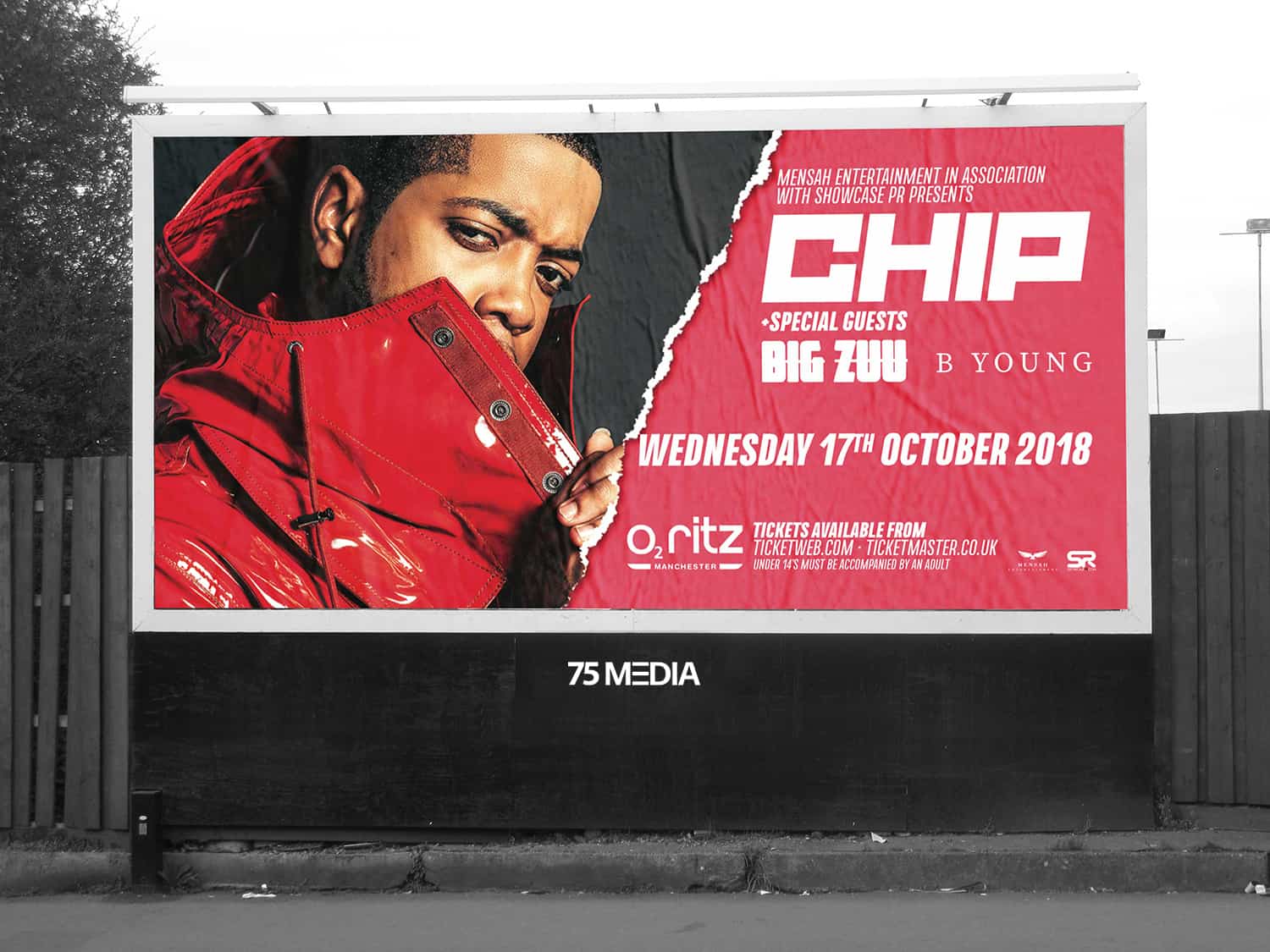 Events are typically only advertised for a limited period too, so it’s important to optimise your exposure during this time. Traditional billboards are ideal for this purpose, as each one features a sole advertiser whose message remains visible 24-hours a day for the duration of the booking.

Conversely, digital billboards require you to share space with up to five other advertisers, meaning that your message may only be visible for 10 seconds during each minute.

This dramatically diminishes your exposure in the local area, whilst the inflated cost of digital billboards means that you’ll end up paying more for demonstrably worse results. This is far from cost-effective for event planners, who typically operate on a tight budget and are required to minimise expenditure whilst also optimising profits.

On a similar note, in-store retailers may also look to promote a specific promotion or sales event through strategically placed billboards. 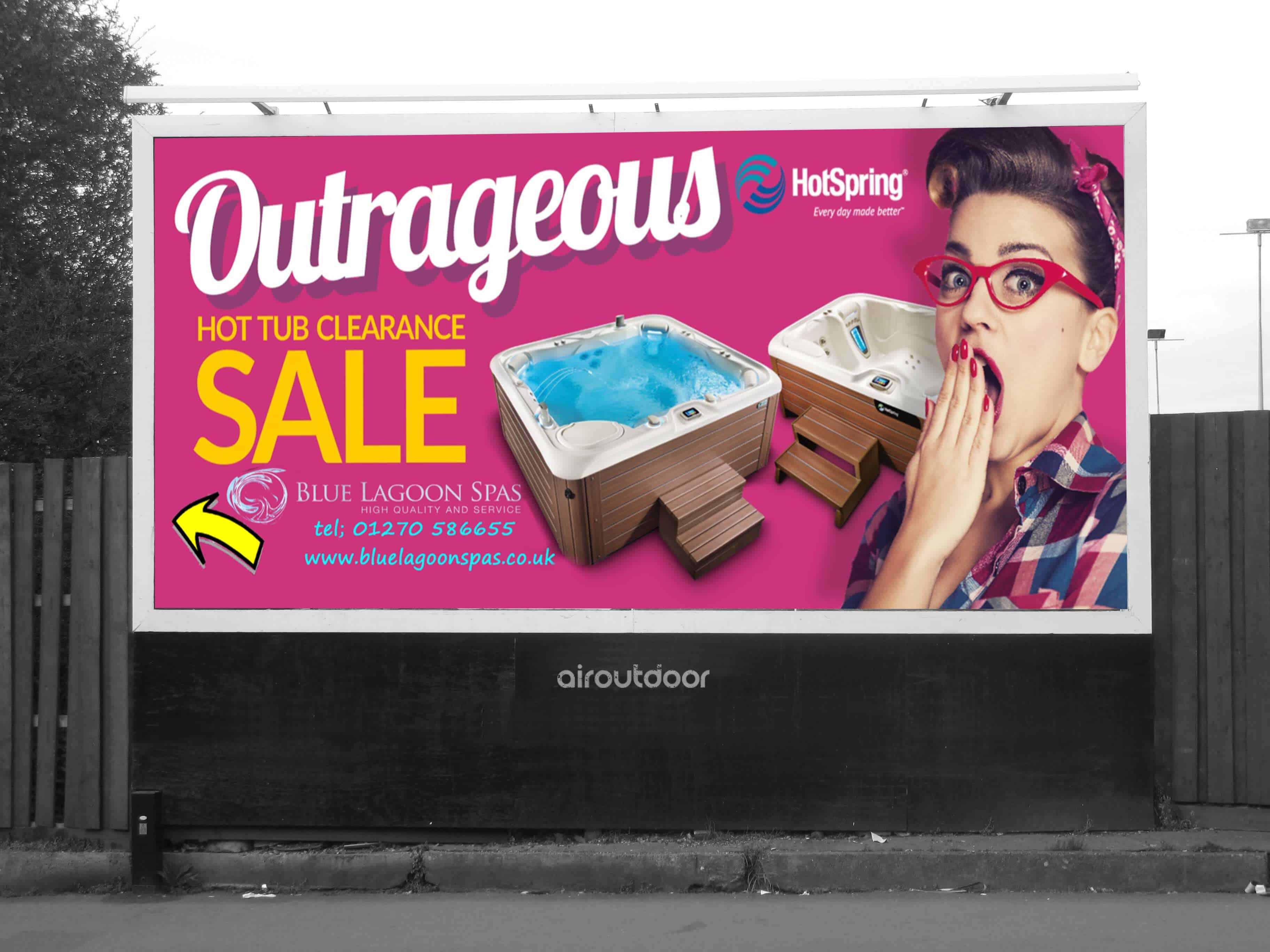 The same principles undoubtedly apply here, with retailers required to increase their exposure whilst driving as much in-store traffic as possible within a relatively short period of time.

In this instance, retailers can also target busy commercial locations that are close to their store to optimise the effectiveness of their promotions.

More specifically, they can actively target shoppers in real-time and whilst they’re motivated to spend their hard-earned cash, increasing the prospects of them engaging with the brand online, heading in-store and completing impulse purchases.

Increase your Levels of Footfall

This brings us neatly onto the subject of footfall, with billboards undoubtedly capable of targeting local customers and driving them into your retail outlet.

The statistics surrounding this are quite impressive, with a hefty 32% of customers admitting to visiting a bricks-and-mortar establishment during the same week that they interacted with a billboard ad.

Even more impressively, 24% of respondents confirmed that they visited the advertised store the very same day, reaffirming the engaging nature of billboards and their capacity for targeting shoppers whilst they’re on the move. 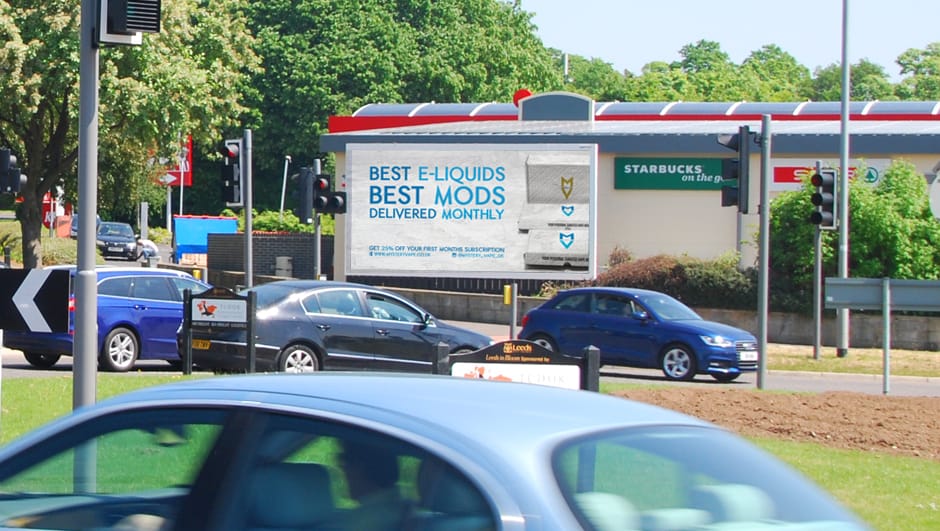 Of course, much depends on how well you understand your target market, as this knowledge and insight will inform the locations that you select when erecting your billboards.

From here, it’s important to identify strategically effective ad sites that target your profile demographic whilst also leveraging high volumes of traffic, as this creates the ideal balance between exposure and bottom-line sales conversions.

Roadside billboards can also be extremely effective when targeting high levels of footfall, particularly when you use 48 or 96-sheet ads.

After all, an estimated 71% of customers look at the messages on roadside billboards when travelling, so placing ads along busy commuter routes that are logistically close to your store or sales event can be extremely impactful.

Establish yourself as an Authority

We spoke earlier about billboards being amongst the most trusted ad channels, and this is an important consideration in the digital age.

This is particularly true for businesses that prolifically target Millennials, who are becoming increasingly suspicious of big brands and the saturated online marketing space.

In fact, figures show that 70% of all U.S. Millennials had installed an ad-blocker on at least one their devices by the end of 2016, with this figure continuing to rise incrementally year-on-year. A similar trend is prevalent in the UK, as younger customers look to avoid the type of aggressive and overly-promotional ad content posted online.

So, by advertising your brand through billboards, there’s a clear opportunity to engage younger customers more effectively, cultivate a sense of trust and ultimately become an authority in your marketplace. 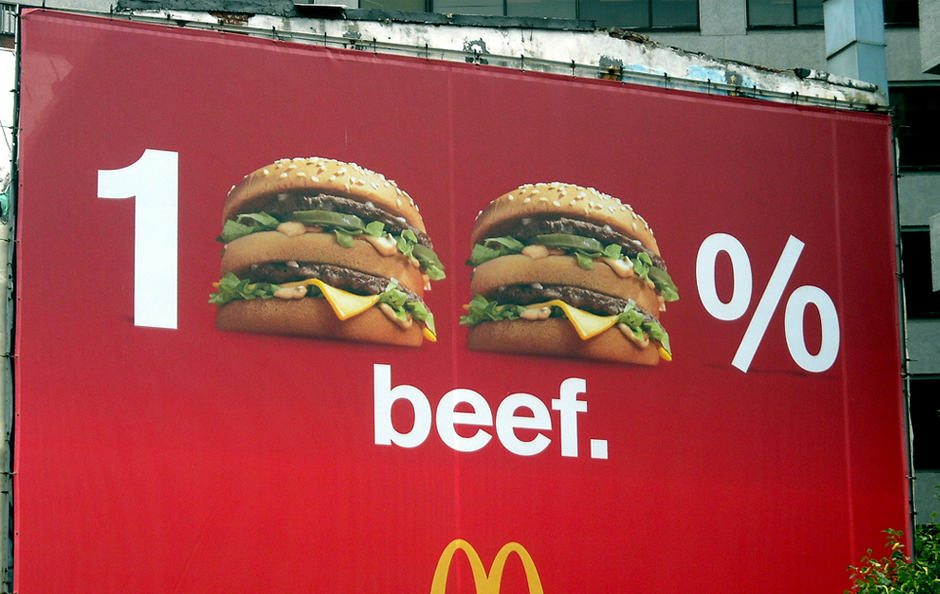 This is the fundamental principle of thought leadership and one that can afford you a competitive and long-term advantage over your rivals over an extended period of time.

The best time to establish yourself as an authority is during your brand advertising campaigns, which afford you the chance to raise your profile and ensure that your company becomes synonymous with specific values and trustworthy content.

At the same time, billboards remain synonymous with established and well-known brands, so leveraging this type of advertising channel will instantly afford your business a higher level of credibility in the eyes of customers.

But what about execution? The key is to carefully tailor your content to ensure that its fit for a specific purpose, which in this instance means publishing informative or aspirational ads that don’t market products directly.

This allows customers to become familiar with your brand, its identity and core values, which in turn lays a foundation from which you can promote the key products or services that you offer.

Ultimately, there are numerous reasons why you may leverage billboard advertising, but we’ve undoubtedly listed some of the most commonplace here.

The most important thing is that you understand the precise purpose that underpins every single billboard ad and campaign, as this creates a clarity of thought that translates into concise and actionable messaging.